Swindon Borough Council has vowed to start work immediately on one of two highways schemes awarded more than £45m in government funding this week.

The funding for improvements to White Hart roundabout and the construction of the Wichelstowe Southern Access are two of just four schemes to receive money from the Department for Transport (DfT) in an initial £100m from the National Roads fund. 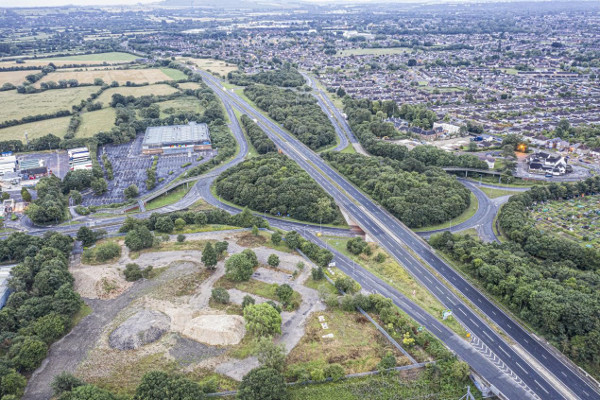 Unsurprisingly in a town famous for its roundabouts, one of the schemes is…a roundabout.

The improvements to White Hart roundabout will support the forthcoming 8,000-home New Eastern Villages development to the east of the A419. The scheme will increase capacity at the junction to accommodate the significant increase in traffic that will be generated.

The DfT has allocated £22.5m for the junction upgrade, which will see the creation of a new northbound slip road, the widening of the southbound slip road, an increase in the number of lanes and the installation of traffic signals.

The council said work is due to start this month and is expected to be finished in the spring of 2021.

Cllr Gary Sumner, cabinet member for strategic planning, said: ‘This is a huge vote of confidence in our house building plans by the Government and it is a real feather in our cap that we have two of the first four major highway schemes in their UK-wide investment programme.

‘The funding for the White Hart roundabout means we can immediately begin the improvement works and I’m sure drivers in East Swindon will welcome the news that we are tackling congestion at one of the borough’s key interchanges.’

A further £22.9m in DfT funding will help create an additional access into the Wichelstowe urban extension by building a tunnel underneath the M4, known as the Wichelstowe Southern Access

The new route is a requirement of the planning permission for the wider Wichelstowe site and will help support 4,500 new homes, a new district centre and will also facilitate 12.5 hectares of employment land, supporting around 2,000 new jobs.

The council said the work is expected to be complete by the spring of 2021, allowing the next stage of the Wichelstowe development to move ahead.

Funding for both schemes will be allocated via Swindon and Wiltshire Local Enterprise Partnership.