The collaboration has recruited 30 drivers from across the UK to start the apprenticeship, which focuses on short-haul journeys in towns and cities that often do not require overnight routes.

It is hoped that this will attract candidates who may have steered away from traditional HGV work patterns in the past.

The apprenticeship provides drivers with the opportunity to gain a Class 2 licence for vehicles weighing between 3.5 and 32 tonnes in as little as four to six months. 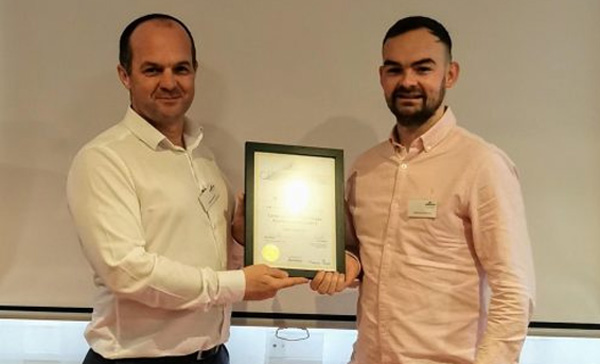 Seetec’s director of sector skills, Lloyd DeVal, said: ‘Breedon is a great example of a large organisation that has embraced the flexibility and empowerment that apprenticeships bring to the workplace.

‘The Urban Driver apprenticeship clearly demonstrates how apprenticeships are helping to tackle an ageing workforce, the pandemic and changing restrictions following Brexit.’

Breedon has now taken on its third cohort of driver apprentices.

Breedon Urban Driver apprentice Kimberley Jamieson said: ‘Working in the construction industry was something I wanted to do from the age of 16, however, it wasn’t something that was encouraged 15 years ago.

‘I have also been interested in driving, and in my previous role as a prisoner custody officer, I was transporting prisoners and people in custody.

‘I’d really like to help bring more women into the industry by communicating my positive experience. I feel this apprenticeship is providing me with a great opportunity to learn new skills, and it’s never too late to turn your hand to something new!’

Seetec said the Urban Driver apprenticeship is more important than ever with nearly a quarter of lorry drivers expected to leave the industry in the next three years, according to a recent survey of HGV drivers.