Highways England’s chief executive has defended its proposals and planning application for the Lower Thames Crossing and questioned the capacity of the Planning Inspectorate (PINS) to process the application.

The government-owned company recently withdrew its planning application for the planned £6bn tunnel and link roads between Kent and Essex, based on what Jim O’Sullivan described as ‘early feedback' from PINS. 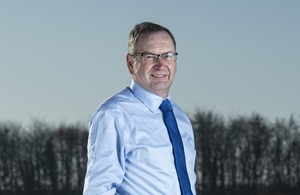 Speaking at a conference on the strategic road network, Mr O’Sullivan described the crossing as the biggest single road project since the M25 was built, adding: ‘It will improve access to the Channel ports, relieving the M25 and the Dartford Crossing and it will almost double capacity across the Thames Estuary.

Mr O’Sullivan said: ‘The other important thing about this project: it is not for the South East of England. For sure, it connects Kent to Essex – but that’s where the river is. This project is vitally important to the Midlands, the North of England, Scotland and North Wales, in terms of improving both journey times, but more important, journey resilience to the Channel ports.

‘If something goes wrong with the Dartford Crossing, it can add four, six, eight, 10 hours to the journey time to these important parts of the UK. Once this tunnel is built, the maximum delay that anyone will face for the journey across the Thames to get to Dover will probably be about 30-40 minutes. That certainty is hugely important if you are trying to invest in other parts of the country.'

Despite his ‘levelling up’ agenda, in the foreword to the recent National Infrastructure Strategy Boris Johnson noted that ‘on our major A roads and motorways, two-thirds of our upgrades are outside south-eastern England’, meaning that a third of such works will be in that corner of the country. The cost of the crossing represents a large slice of the capital spending in the 2020-25 Road Investment Strategy.

Regarding the decision to withdraw the Development Consent Order (DCO) application, Mr O'Sullivan said: ‘This is the biggest, most complex case, DCO, that the Planning Inspectorate will have to look at. Some people say that the third runway at Heathrow was more complex. I would argue that it wasn’t – that this is the most complex and therefore we are going to take a couple of extra months to add a bit more detail and resubmit that DCO.

‘The fundamentals of the Lower Thames Crossing, including its objectives and location all remain the same, so we will further develop some technical information and resubmit next year. This includes greater detail on how we are going to manage the construction traffic, how we will mitigate the impact on the environment, and how we will make sure that river traffic is not adversely affected during the construction.

‘They [PINS] have a statutory six months. This submission is 48,000 pages. I think the question has to be asked: how do we support PINS so that they can be successful? Obviously I’d like them to give permission for the project, more deeply I’d like them to make the right decision so how do we create the capability and the environment for PINS to examine 48,000 pages of data and to make the right decision? So I think that’s an important question.’