Transport secretary Grant Shapps has said he intends to delay publishing a progress report on smart motorway safety until ‘the summer’, despite recently telling MPs that he would ‘come back to this House and report on it very quickly’.

Mr Shapps commissioned the progress report from Highways England for the anniversary of his department’s Stocktake and Action Plan on smart motorways, which was published last March and included an 18-point plan. 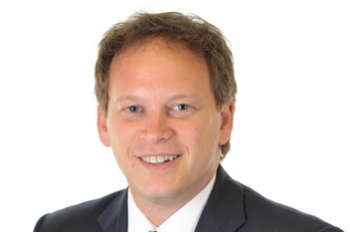 Two weeks ago, he told MPs: ‘Tomorrow, I will have a report, and I will come back to this House and report on it very quickly afterwards.’

In a written statement to Parliament on Wednesday (24 March) he added: ‘Highways England has now provided my department with that anniversary report, and work is rapidly being completed to assess it, including stocktake actions, and to establish next steps.

‘The report will be published by summer, once I am assured that the proposals are sufficiently robust.’

Judged by what is known publicly, progress against the actions in the stocktake has been slow. Highways England has only recently launched a consultation into possible changes to the Highway Code and has admitted that the roll-out of cameras capable of enforcing violations of red X lane closures signs will not be complete until mid-2023.

The first retrofit of stopped vehicle detection technology resulting from the stocktake only began in January.

Although this slow progress may be behind the delay in publishing the update, Mr Shapps said the delay was needed to check Highways England’s presentation of casualty data from the 2019 STATS19 statistics.

He said: ‘There has been considerable public and media interest in understanding motorway accident and fatality data and I have commissioned the Office of Rail and Road (ORR) to independently review the data to provide further analytical assurance and ensure that the conclusions arrived at are robust.’

The AA expressed concern that the delay could hold up progress in making smart motorways safer.

Jack Cousens, its head of roads policy, said: ‘The safety of smart motorways continues to be a major talking point amongst the public. Independent analysis of the data provided by Highways England is a good step, but we fear this could delay significant action.

‘More needs to be done to quickly retrofit additional ERAs on the existing network, so drivers in need can get out of the live lane.’

Steve Gooding, director of the RAC Foundation, said: 'We strongly support the decision to bring in the ORR. Public confidence in the safety of smart motorways appears to be stuck at a low ebb and the best way to offer reassurance to sceptical drivers is by publishing comprehensive safety data that has been independently scrutinised by the regulator.'

Mr Shapps also said there ‘may be scope to go further’ in relation to the ORR’s scrutiny of Highways England’s operation of smart motorways, adding: ‘My officials will explore what further independent scrutiny may be appropriate.’