The first tranche of local authorities in England are set to get new powers to fine motorists for moving traffic violations next month after ministers approved their requests and laid an order before Parliament.

The Civil Enforcement of Moving Traffic Contraventions Designations and Miscellaneous Amendments Order 2022 lists 11 councils that have applied to the transport secretary for powers covering part of their respective areas, while one, Luton Borough Council, has applied for powers covering the whole borough. 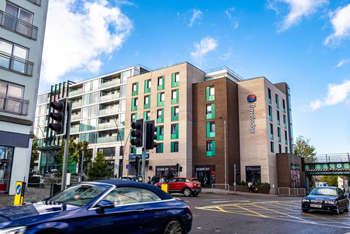 The councils seeking to use the powers over part of the area that they cover are: Oxfordshire, Bath and North East Somerset, Buckinghamshire, Derby, Hampshire, Reading, Surrey, Kent, Norfolk, Durham County Council and Bedford.

The powers arise under the Traffic Management Act 2004 and were previously only available in London and then later in Wales. At Traffex last year, roads minister Baroness Vere announced that they would be made available to other English councils on request.

Last month the Department for Transport issued statutory guidance for local authorities on applying for and using the powers, which states that it aims to strike the right balance between overall consistency and allowing policies to suit local circumstances and provide ‘a system that is fair to the motorist, but also effective in enforcing traffic restrictions’.

The order as it relates to parking enforcement in Oxfordshire comes into force on 14 July. The following day the orders come into force for moving traffic offence enforcement for the other councils.