Highways England has announced maintenance works totalling £218m over the next year in the East of England.

It said last year’s essential maintenance programme in the region saw it spend £117m on 123 road renewal and maintenance projects. Over the past 12 months, it resurfaced 203 lane miles of motorways and major A roads, using 221,177 tonnes of resurfacing material.

‘A further 82,000 road studs were laid to help light the way for divers,’ Highways England said. 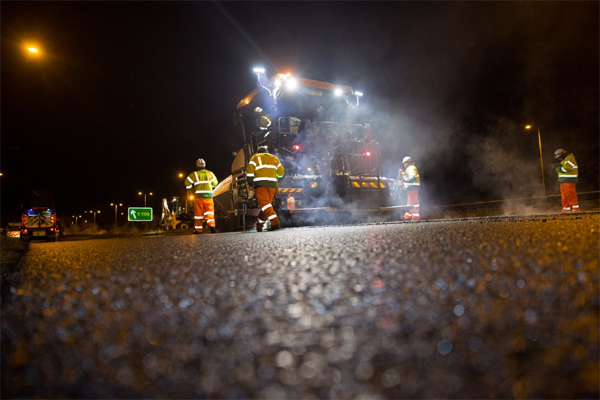 In total, Highways England will spend £218m on more than 100 schemes across Norfolk, Suffolk, Essex, Bedfordshire, Cambridgeshire, Hertfordshire and Buckinghamshire.

Roads minister Baroness Vere said the maintenance works are on top of plans for major dualling and widening schemes on roads such as the A47 and A12, which will begin construction over the next two to three years, and would ‘ensure millions of motorists and road-users in the East of England have access to better journeys’.

He said: ‘Hundreds of thousands of drivers use our roads every day for work journeys, home deliveries and the movement of the goods and services, so it’s essential we keep them in a good condition to ensure safety and reliability.’

The government-owned company said it will begin work on its comprehensive maintenance programme in the coming weeks, with schemes including: