The cost of the road maintenance backlog on London’s roads has now passed £1bn, according to the fourth annual ‘State of the City’ report from the London Technical Advisers Group (LoTAG).

The report covers all of the capital’s roads, of which its boroughs maintain 95%, with Transport for London (TfL) being responsible for the remaining strategic routes. 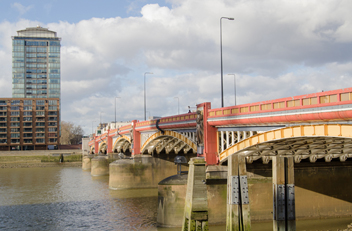 On Tuesday, it was announced that ministers had agreed a further 10-day funding package for TfL, whose revenue has been severely impacted by a fall in passenger numbers during the pandemic.

London Councils, which represents the boroughs, said the capital is suffering a serious shortfall in funding for repairs and maintenance which has increased over several years.

This has also been exacerbated by the fiscal impact of the pandemic, with boroughs facing £2.2bn additional spending and lost income last year.

The organisation pointed out that while English authorities outside London receive government funding for road maintenance, totalling £1.385bn 2021/2022, London local authorities receive no funds from the Government.

It added that Londoners pay around £500m a year in Vehicle Excise Duty (VED) but this is spent in the rest of the country.

He said: ‘London’s highways and roads are a hugely important part of our transport network, providing people with the means to get around the city.

‘Londoners are looking to boroughs and central government for a long-term, sustainable solution to the highways maintenance funding shortfall. Beginning with the return of national Vehicle Excise Duty to London would be a helpful move, especially as many car owners in London think this funding is still available to maintain our roads.’

As Highways has reported, TfL has been unable to carry out major renewals on a number of structures, including Vauxhall Bridge (pictured), because of a lack of cash.