The collapse into administration of Vital Infrastructure Asset Management (VIAM) - formally King Construction - has hit highways contracts in at least three councils across the North West.

Liverpool council suffered the biggest hit as VIAM was working on four projects in the city.

‘Our first priority is to ensure the health and safety for road users and council highway officers have been appointed to monitor and assess these sites.’ 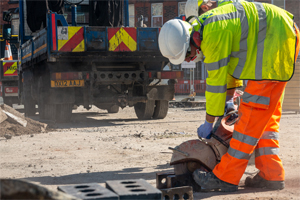 The four highways schemes affected were work on the A59 County Road, at Walton Lane, Byrom Street and Kingsley Road.

‘The council is also evaluating what work has been completed and what remains to be done to inform the process of procuring new contractor/s to complete these schemes,’ added the spokesperson.

VIAM rebranded from King Construction in April, when the company claimed to be turning over £55m a year.

In December, VIAM extended its accounting year from March 2019 to September 2019. Then in May, VIAM stopped working on the four schemes in Liverpool after a payment dispute with the council over a separate scheme.

Last month (June), administrators Teneo Restructuring were called in to handle affairs at the company, which employed 160 people according to its last published accounts from 2019.

VIAM was one of nine contractors appointed to Liverpool City Council’s four-year planned highways framework, which began in July 2019 and is expected to see spending of £280m.

The council says it is currently exploring whether to replace VIAM on the framework.

The group was one of 21 contractors appointed by Lancashire County Council to its highways repair and maintenance framework, which only started this April and is expected to see spending of £8m over the next four years.

VIAM was also on Oldham Council’s £53m four-year construction and highways services and works framework, which started in September 2019. Both councils were contacted for comment.