A landmark judgement has determined that exposure to excessive air pollution, mainly from traffic emissions, contributed to the death of a nine-year-old girl from South London.

The finding came at the end of a second inquest into the death of Ella Adoo Kissi-Debrah, who died in Lewisham, South London in February 2013, having been exposed to illegal levels of air pollution for three years. 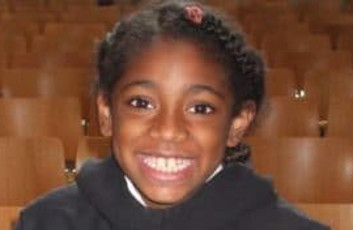 Deputy Coroner Philip Barlow listed the medical causes of Ella's death as acute respiratory failure, severe asthma and air pollution exposure and found that ‘air pollution was a significant contributory factor to both the induction and exacerbation of her asthma’.

His conclusion as to Ella’s cause of death was that she had ‘died of asthma contributed to by exposure to excessive air pollution’.

The ruling is believed to be the first time an inquest has reached such a conclusion.

Deputy Coroner Barlow noted that Ella, whose family lived near the South Circular Road, had been ‘exposed to levels of nitrogen dioxide and particulate matter in excess of World Health Organisation guidelines’, adding: ‘The principal source of her exposure was traffic emissions.’

He also described what he called a ‘recognised failure to reduce the level of NO2 to the limits set by EU and domestic law’, which he said ‘possibly contributed to her death’.

The law in question is the EU Air Quality Directive, which was incorporated into UK in 2010 and is still breached in cities across the country. However, the coroner’s comment is likely to reflect the fact that levels of NO2 emissions within the limits set by the directive will still cause significant health problems.

The coroner also noted that Ella’s mother Rosamund, who had campaigned to secure the new inquest ‘was not given information about the health risks of air pollution and its potential to exacerbate asthma’.

He added: ‘If she had been given this information she would have taken steps which might have prevented Ella’s death.’

In a statement, Damien Egan, mayor of Lewisham, and Cllr Sophie McGeevor, cabinet member for environment and transport, said: 'Our thoughts are with Rosamund and her family at this very difficult time. Rosamund’s campaign for clean air has been hugely impactful both locally and nationally in bringing awareness to the dangers of air pollution.

'We support her in continuing this fight and will do everything we can to enact and call for change – working with the Government and Transport for London to try to reduce the impact of traffic and air pollution on our community.

'Our hope is that today’s ruling is the evidence needed to effect lasting change, to finally secure a national commitment to tackling air pollution in a meaningful way.'