Northern Ireland's Department for Infrastructure (DfI) has appointed a contractor for the £220m A6 Dungiven to Drumahoe Dualling scheme.

A consortium of Sacyr, Wills Bros and Somague has won the work for this flagship project, which will construct a dual carriageway between Drumahoe and Dungiven, including a bypass of Dungiven, with roundabouts connecting the road to the existing road network at either end.

The 25.5km scheme represents an investment of around £220m including land acquisition, the DfI said. 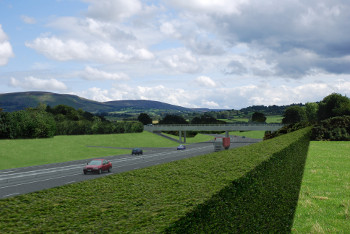 Officials added: 'The A6 is a strategically important route as it connects the North West to Belfast and beyond. The existing road carries around 15,000 vehicles per day and with traffic levels continuing to grow, this very significant investment will greatly improve road safety and journey times by reducing congestion.

'The construction of this road will help to secure jobs in the construction industry, contribute to the economic development of the region and bring long term benefits to road users and local communities. Work is expected to commence in the coming weeks, and will take up to four years to complete.'