The Isle of Wight Council has launched a savings programme designed to cut up to £50m from the value of its highways PFI deal.

A cabinet meeting has approved plans to hire a consultancy to help make the spending cuts, which could be in excess of £2m a year for the remainder of the 25-year PFI deal, originally signed in 2013. 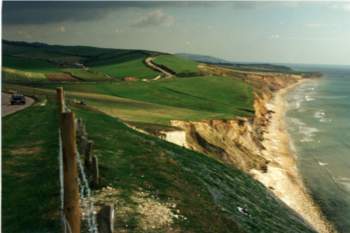 A report, agreed by the cabinet, said: ‘As set out in the executive summary the Highways Improvement Partnership is an area of activity from which the Council is seeking to delivery over 10% of the £16.5m of savings that it will need to find in the next three years.

‘The highways improvement partnership is an area where savings are being considered and the council is now seeking to make financial savings in excess of £2m each year from this contract without significantly impacting the integrity of the contract. This would deliver significant savings for the remaining 20 years of the contract – providing for the opportunity of circa £50m of savings in total.’

The local authority is scaling back its investment against a background of further government cuts.

After some earlier disagreements the PFI special purpose vehicle Island Roads - a partnership made up of VINCI Concessions, Meridiam Infrastructure and Ringway – appears to be performing well.

In a statement the council said: ‘The existing contract attracted unprecedented government investment into the Island’s infrastructure and has already yielded savings of around £5m since 2013, compared to previous spending on highways.’

In the cabinet report it added: ‘The administration’s assessment is that although there is always room for further improvement in the fulfilment of major contracts of this kind, the project is progressing well and delivering real and demonstrable improvements to the Island’s highways network and a substantial boost to the Island’s economy; as well as improving the experience of motorists, cyclists, walkers, and all who use the Islands roads.’

Isle of Wight’s Highway Improvement Partnership and its wider improvement programme is funded through government grant worth £260m.

The council will appoint Jasmine Consulting UK on an interim contract worth £70,000 to start work on making the cuts. 'The total value of the consultant support yet to be procured will be in the region of £200,000,' the authority said.

The appointment of the consultancy was controversial as the director of Jasmine Consultancy is former council employee Jay Jayasundara, who was one of the key architects of the original PFI deal.

The council commissioned Jasmine Consulting earlier this year to carry out discovery work that led to the £2m annual savings being a confirmed as possible.

The appointment of Jasmine Consulting (UK) Limited to undertake further interim work for the council’s Highways PFI Contract Management Team, ‘was approved by the Council’s Procurement Board by way of a waiver from the requirements of Contract Standing Orders, the justification for the granting of the waiver being for reason of sole source of supply and reasons of compatibility’.

A spokesman for Island Roads said: ‘The cost of providing services under the Highways PFI was found to be over 12% more efficient than previous arrangements that involved seven different organisations. As stated by the IW Council, this has resulted in annual savings for the IW Council of around £1m per annum.

‘We do understand the council’s requirement to find further savings and we will continue to work collaboratively with council officers to help, while being clear on the effects to service levels associated with any savings suggestions. In fact we have, over some years, identified areas of potential savings and these continue to be available for discussion.’