The firm said it had commenced groundworks at the King’s Dyke level crossing project at Whittlesey five months early - construction was originally scheduled to begin by the end of this year.

Work will include building a new road and bridge over the Ely to Peterborough railway line, due open to traffic by December 2022. The level crossing will be permanently closed as part of the redevelopment. 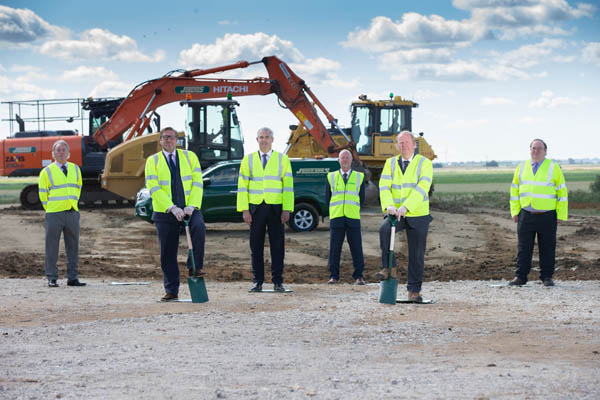 The occasion was marked with a first spade in the ground event, ‘with those who have campaigned and supported the scheme over the last 20 years in attendance’.

Kier originally won the contract with a price of £41.6m, but could not agree terms with the council, which re-tendered the job.

Jones Bros won the work with a price of £32m and is now on site full-time.

Managing director John Dielhof said: ‘The start of this project is an exciting milestone, particularly for the local residents and commuters who will benefit most when the development is completed. We look forward to delivering the King’s Dyke transport scheme on schedule and on budget.'

Cambridgeshire CC leader Steve Count said: 'I am thrilled that we are starting work on this vitally important project for the area and five months earlier than planned is a great achievement.

‘This progress has been made despite the recent challenges caused by COVID-19 and while it remains a live issue, I’m glad some of us could get together, socially distanced, to celebrate.'

Chris Boden, county council member for Whittlesey North and leader of Fenland District Council, said: ‘We have been campaigning for this scheme for more than 20 years and local residents and businesses will soon be able to reap the benefits of this much needed project.’

Work has begun on the earthworks, which involves bringing in materials to construct the embankment that the new road will be built on, and will continue throughout the summer. The main site compound will be built next month while later this year the focus will be on the structure for the underpass and bridge.