The Department for Transport has published examples of new signs to guide traffic to COVID-19 vaccination centres in support of the national vaccination plan.

On Monday (11 January) the NHS opened seven new vaccination centres – one in each of the NHS England regions, ‘with many more expected to be up and running by the end of the month’.

Vaccine deployment minister Nadhim Zahawi described the launch of the full vaccine deployment plan as ‘the culmination of months of preparation and hard work by the NHS, the Armed Forces, and local and regional government at every level’.

The Department for Health and social care said that by the end of this week, there will be ‘over 1,000 GP-led vaccination sites up and running, as well as 223 hospital sites, seven giant vaccination centres and the first wave of 200 community pharmacies’. 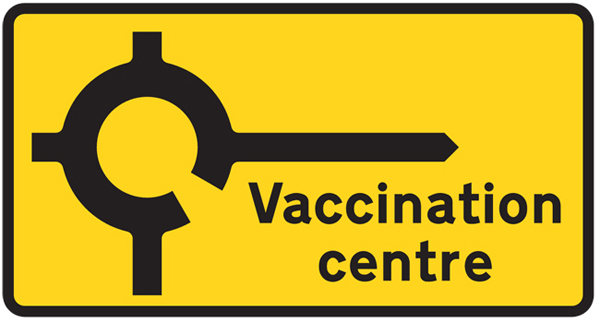 The new signs are not specific to the large-scale centres.

The first seven sites are:

The Centre for Life in Newcastle (North East and Yorkshire)