Highways England has showcased its A2/M2 connected corridor project to an international audience.

It is developing the corridor on what is a key route for freight and other cross-Channel traffic, to test how vehicles interact with roadside infrastructure. 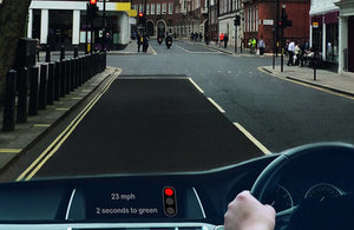 Specifically, the project is testing how information about road conditions, road works and time left for traffic lights to turn green can be transmitted to vehicles via a wireless network.

The partners in the scheme, who also include the Department for Transport, Kent County Council and Transport for London, have staged a ‘TESTFEST’ showcasing progress to date.

The week-long event, which began on Monday (8 October) aims to expore how the technology could be used in future vehicle designs.

Highways England said that giving drivers and fleet managers the information and tools to make real-time decisions has the potential to quickly improve traffic flow along the corridor as well as improving safety by providing more information about traffic conditions ahead.

It said displaying the information on screens inside vehicles reduces the likelihood of drivers missing information displayed on roadside signs, ending the problem of obscured signs caused by vegetation or when passing other vehicles.

Highways England’s head of intelligent transport systems group, Jo White, said: ‘Connecting vehicles to each other and the road around can improve journeys, make them safer and give drivers reliable, real-time personalised information; it could also help us manage traffic and respond to incidents.

‘We’re supporting the Government’s aim to be world leading in the development of connected and autonomous vehicles (CAV).

‘The TESTFEST is a vital part of that, because it means the initiatives we take forward and the vehicles being developed all align so drivers continue to have safe journeys in the future.’

Transport for London's director of network management, Glynn Barton, said: ‘Working closely with Highways England, Kent County Council and the Department for Transport on the A2/M2 connected corridor project means we can understand the potential ‎benefits of this technology for both road users and Transport for London.’

The A2/M2 connected corridor is part of InterCor, an EU project that aims to test services that work across borders, connecting the UK to the Netherlands, France and Belgium. The project started in 2016 and is due to be completed in 2019.

For more on the A2/M2 project, see the October issue of Highways.

CAV Scotland 2018, a Transport Scotland event, organised by Transport Network, brings together global experts in connected and autonomous vehicles with live demonstrations. It takes place in Edinburgh on 31 October and 1 November, alongside Traffex Road Expo Scotland and Bridges Scotland.