Liverpool City Council is to pause plans to upgrade The Rocket junction at the end of the M62 to examine ‘how it could be altered to better encourage greener modes of travel’.

It said the existing proposal aimed to address poor air quality around the junction, which is the busiest in Liverpool city region with over 100,000 vehicles passing through it every day.

First announced in 2019, it looked at demolishing the existing Queens Drive Flyover and replacing it with a new roundabout, featuring a dual lane underpass. 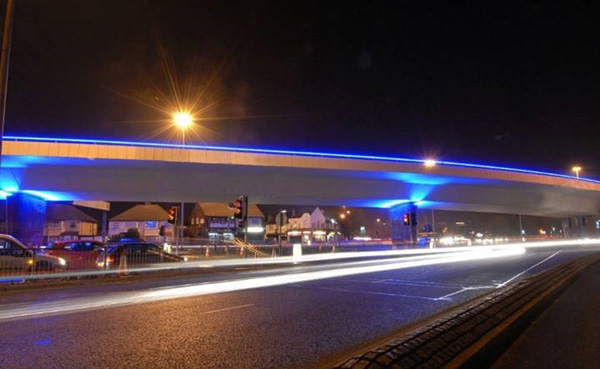 However, the council said that there have since been significant changes to both local and national policy objectives and it has been reviewing its previous commitments, to ensure they align to the city’s new vision and objectives outlined in the City Plan, as well as national transport policy objectives.

The council has now requested that the Department for Transport allow additional time to re-evaluate the scheme, to examine how it could transform the way people move around and through the area, while also improving traffic flow and cutting congestion.

Dan Barrington, cabinet member for environment and climate change, said: ‘So much has changed since this scheme was originally commissioned, and this is an opportune moment to look at it with a fresh pair of eyes.

‘The pandemic has altered commuting patterns, with employers moving to a more flexible work pattern for staff and people not necessarily travelling into the office every day. It is right that we stop to take a breath now, and see whether we can make changes and improvements to link it up with greener and more active modes of transport.

‘This is a scheme that will have its impact felt for decades ahead, and within that context we are taking a relatively short period of time to review the scheme, which could pay dividends in the longer term.’

The council said the re-evaluation will include a look at how the scheme could: