Matheson warns of long road to A83 fix

Transport Scotland has published 11 corridor options for the Access to Argyll and Bute (A83) project, including the existing route through Rest and Be Thankful.

It said the options, which can be viewed from today on a new section of its website, are being assessed by a new dedicated project team to determine a preferred route corridor by Spring 2021.

Michael Matheson, cabinet secretary for transport, infrastructure and connectivity, said: ‘Following the recent landslips at the A83 Rest and Be Thankful, I understand the frustration and disruption that these bring for local communities and road users.

‘While our previous and ongoing investment in catch pits has helped keep the road open for an estimated 48 days when it would otherwise have closed, I realise people are looking for a long term solution to dealing with landslips at the site and we are committed to delivering one.’

Mr Matheson added: ‘We recognise that the timescales for a an alternative to the current route are frustrating for the local community but in recognition of the pressures the current situation brings, we remain committed to progressing substantial shorter term investment in the existing A83 in tandem with the work to identify a permanent solution as part of a two phased approach.’ 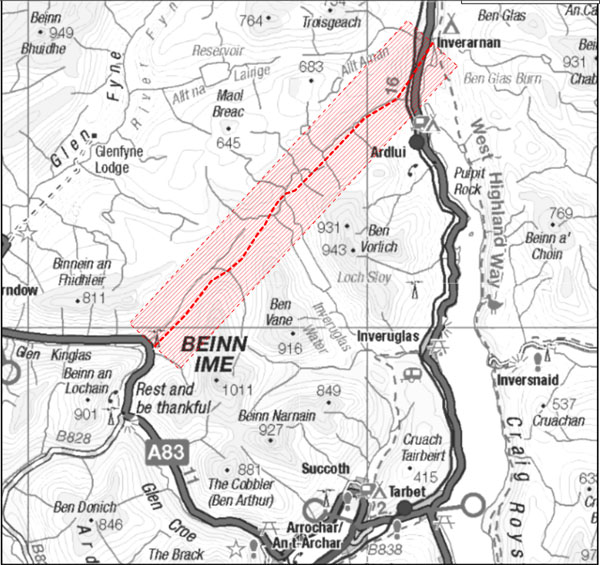 The announcement came as operator Bear Scotland re-opened the A83 under traffic signal control following a landslide on 12 September.

The road had already been closed as a precaution, having only just re-opened after a much larger landslide in the same area on 4 August. 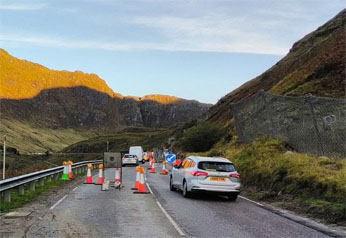 ‘We’re also continuing with work on the next phase of catch-pit installation on the A83 which will add further landslip mitigation in the area.’

In this article, Richard Hayes, former chief executive of the Institute of Highway Engineers, discusses some of the engineering and safety issues around landslips, includng the A83.