Analysis: Preparing for the perfect storm

Following the Stonehaven rail disaster, highways industry expert and former chief executive of the Institute of Highway Engineers, Richard Hayes (pictured), discusses some of the engineering and safety issues around landslips. 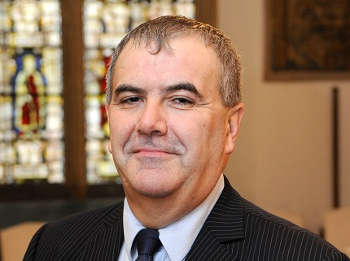 The recent rail tragedy near Stonehaven in Scotland where three people were killed was the first fatality on the rail network for over 13 years. The last being at Grayrigg in Cumbria in 2007.

The incident seems to be the result of a landslide across the mainline southwards from Stonehaven station following a period of heavy rain. Sadly it follows a report by the rail regulator, the Office of Rail and Road (ORR), in July this year, which criticised the approach taken by Network Rail to tackle an ever increasing number of landslips and rail tracks being washed out and its reaction to the effects of climate change.

The ORR noted: 'The vulnerability of some assets to the challenges of climate change and more frequent extreme weather events was illustrated in 2019/20. The year saw substantial increases in flooding events, earthwork failures and trains striking trees on the line.'

Fortunately, there has yet to be, as far as I can gather, any serious injury to road users from landslips and road collapses although there are many dramatic pictures on the internet of such occurrences. Fatalities due to falling trees are also unfortunately more common.

Where landslips or collapses often occur, and this compares with the rail network, are on roads crossing hilly terrain or on coastal routes and these road layouts have been in place for many years. As with railways they were often constructed in Victorian/Edwardian times when earthwork embankments and slopes were less well designed. The UK motorway network has suffered only a few small incidents as most of its embankments were designed more recently, have less severe slopes and often include drainage systems to maintain and stabilise them.

I have been directly involved in dealing with such landslips: on the Morpeth to Rothbury road in Northumberland and the A431 at Kelston near Bath, which both led to lengthy road closure and costs of several million pounds to repair in addition to the disruption to the public.

During 2020 we have seen a major route - the A83 in Scotland, affectionately referred to as the ‘Rest and Be thankful’ - suffer a closure along with its normal diversionary route the Old Military Road in August, when a hillside slippage caused over 6,000 tonnes of material to fall across these highways.

The August weather also caused a major collapse on the B4355 at Lloyney, near Knighton, Wales when a culvert was washed away.

In such situations, a major clearance operation is required while geologists and engineers consider how to stabilise the hillside to prevent further incidents. 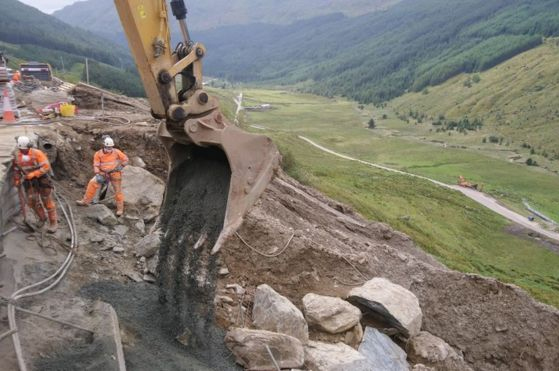 Work on the A83 at Rest and Be Thankful.

The response to such incidents causes a major headache for highway authorities and it is such organisations that suffer the most when they occur with vital routes being unavailable for several weeks in some cases and the cost of the repair having to be borne initially by the local taxpayer. It should be also considered that drought conditions, as we encountered in March and April, can also lead to unstable ground conditions as the terrain dries and shrinks.

Is it possible to prevent these problems?

Any changes in ground conditions are exceedingly difficult to predict but quite often, and particularly in urban situations, the cause is easily identified where washout of foundation material has occurred due to a burst or damaged pipe. Exceptionally in 2012, a section of Whinlater pass in Cumbria collapsed due to a failed badger underpass.

However in the upland areas the cause is often a landslip. Sometimes, as with the A83, this is caused by heavy rain affecting the stability of embankments. But with no monitoring systems in place, they can occur at almost any location. Often the first signs of impending disaster are longitudinal cracks on the edges of carriageways.

Because of continuous rain, the surface water seeps and softens the surrounding embankment, lowering the cohesiveness and fictional angle and weakening the self-stableness of the embankment.

Stabilisation can be improved by flattening the slope, which results in a reduction in weight making the slope more stable; soil stabilization; providing lateral supports by piles or retaining walls or grouting or cement injections into special places.

All these solutions are expensive and require several weeks to undertake and can lead to major disturbance to the travelling arrangements in the area.

With the changes to the UK climate we are experiencing more of these incidents and it is timely perhaps to consider how some can be foreseen and prevented.

One simple method is to ensure adequate vegetation on the embankment. Slopes with no vegetation or cover are especially vulnerable to erosion issues.

The most effective, natural way to control soil erosion on slopes is to plant vegetation. Not only will vegetation help to slow down raindrops as they fall, but also the roots of the plants will also help to hold the soil together, making it harder for water to wash it away. This method should not include the planting of trees, which can have a de-stabilising effect and should be removed if possible.

Other methods can include slope drainage systems, soil nailing and slope facing mesh systems. These solutions are often carried after a slip has occurred.

How can we predict?

As with most methods of good maintenance it is important to know where such situations are likely to occur. A few simple questions to consider, remembering of course of the duty to keep roads free from any debris, falling from an embankment:

It will be challenging for many authorities to add this to their asset management policies and plans but as with many aspects of road maintenance the effects of changes in the UK climate require us to review our methods or do nothing and wait for the next storm and its consequences.