Self-driving car developer Oxbotica has completed what it says is the first ‘safe and sustainable’ deployment of a zero-occupancy, fully autonomous vehicle on publicly accessible roads in Europe.

Oxbotica said the all-electric AppliedEV vehicle is operating in Oxford with no on-board driver, marking the next step in commercialising AV technology.

The Oxford-based firm said it had collaborated with the wider autonomous vehicle ecosystem to ensure the trial was conducted in line with the UK Code of Practice 2019, BSI PAS 1881:2020 and PAS 1883:2020. The Code of Practice requires ‘a driver or operator, in or out of the vehicle, who is ready, able, and willing to resume control of the vehicle’. 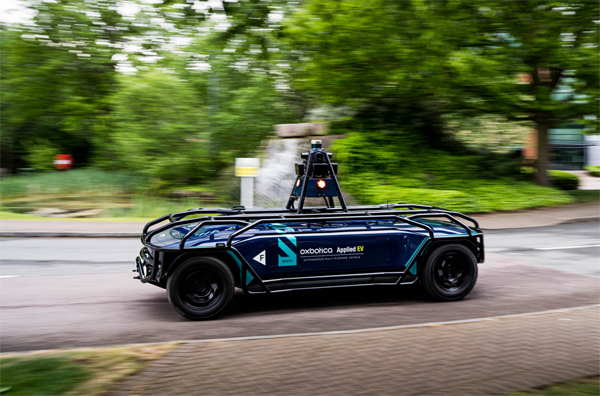 As Highways' sister publication, Transport Network, has reported, the Government failed to meet a pledge to have fully driverless vehicles on UK roads by 2021. The Code of Practice states that a process to support developers wanting to conduct advanced trial will be available when they are ready to do such trials.

As another sign of the slow pace of development of self-driving vehicles, Oxbotica said that what it called its ‘landmark achievement’ followed two years of extensive trials to define a robust safety case and develop system architecture, in both off and on-road operations across the UK, Europe and North America.

Oxbotica founder and CTO Paul Newman said: ‘Oxbotica is changing the way people and goods move. Our goal is to be indistinguishable from perfect on safety, and this achievement alongside our partners is proof of that. It’s a historic moment for the UK, the transport and logistics sector, autonomous vehicle technology, and Oxbotica.’

The firm said its core product, Oxbotica Driver, uses a combination of radar vision and laser-based sensors to provide the vehicle with a rich understanding of its surroundings, with multiple AI continuously checking and explaining decisions.

Alex Harvey, chief of advanced technology at Ocado Technology, said: ‘This is a fantastic milestone and we are delighted to see Oxbotica making significant progress towards zero-occupancy goods deliveries. We continue to collaborate closely with Oxbotica. ’

A spokesperson said: “Developing technology that can drive autonomously on public roads, in any weather condition, any time of day, anywhere, is a huge engineering challenge and where we will be focusing our attention 100% initially.'