Quarter of councils still behind on Local Plans

A quarter of local authorities have yet to submit a Local Plan six years after being required to act, new research has revealed.

The report by Lichfields also finds that half of the plans adopted under the 2012 National Planning Policy Framework (NPPF) will need to reviewed within two years. 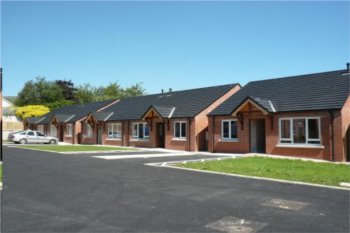 Its analysis of 221 Local Plans found that only 55% of local planning authorities have a sound, adopted post-NPPF 2012 plan. Of these, almost half (46%) required an increase in their housing requirement during their examination.

Future submitted plans will need to adhere to the July 2018 version of the NPPF, which aims to help the Government meet its target of 300,000 new homes a year by the mid 2020s. This includes a new standard method for setting the minimum level of Local Housing Need (LHN)

The report - Planned up and be counted: Local Plan-making since the NPPF 2012 - reveals that of the 74 plans due for review by the beginning of 2021, 30 will see increases in the minimum LHN figure of more than 20%.

He added: 'The new 2018 NPPF – in action for plan making after today – combined with legal changes introduced over recent years, seeks to support a streamlined, more effective plan making system.

'But ongoing uncertainty over the minimum starting point for local housing need arising from the standard method has been an inauspicious start. While the challenge is clear, it remains to be seen whether practical plan making will improve.'

This article first appeared on our sister site