As part of the Spaghetti Junction's 50th anniversary celebrations, National Highways has teamed up with Birmingham architects to restore the original model for the famous structure.

The government-owned company said the project has been a labour of love for the practice’s modelmakers, who have painstakingly repaired the structure, upgraded it with landscaping and greenery, and enclosed it within a conference table. 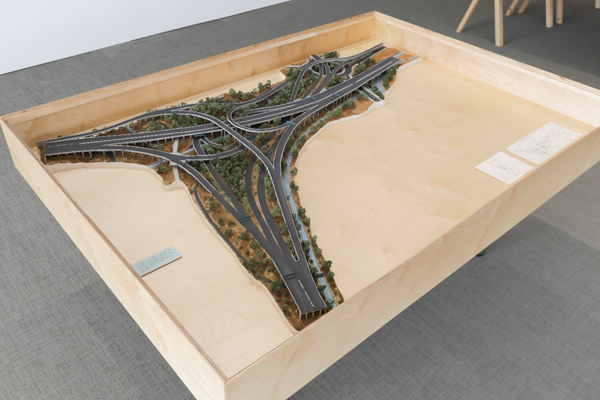 National Highways said it plans to take the model to various education establishments to help encourage youngsters to think about the world of engineering.

Pierre Greenway, head of modelshop at Glenn Howells Architects, said: ‘We didn’t want to change the model so much as you wouldn’t see the original any longer. We wanted the viewer to be able to see the original model while updating it to the modern day.

‘The model shows the sheer scale of the structure and it’s wonderful to be able to play a part in restoring this piece of work for the future and encourage youngsters to think about the world of engineering and construction.’

The junction, officially known as Gravelly Hill Interchange. was originally designed for around 70,000 vehicles per day. Along with the section of the M6 that passes through it, it now carries more than 200,000 vehicles daily, including almost 26,000 lorries and more than 31,000 light good vehicles.

National Highways customer services director Melanie Clarke said: ‘Spaghetti Junction is a special part of England’s motorway network. It’s something to be proud of in Birmingham because it’s known all around the world – quite rightly – as a feat of engineering.

‘It’s also incredibly fitting that the 50th anniversary of the road opening coincides with Birmingham this year playing host to the 2022 Commonwealth Games. Spaghetti Junction will be pivotal in helping to connect athletes, sports enthusiasts and tourists with the city during the event.’ 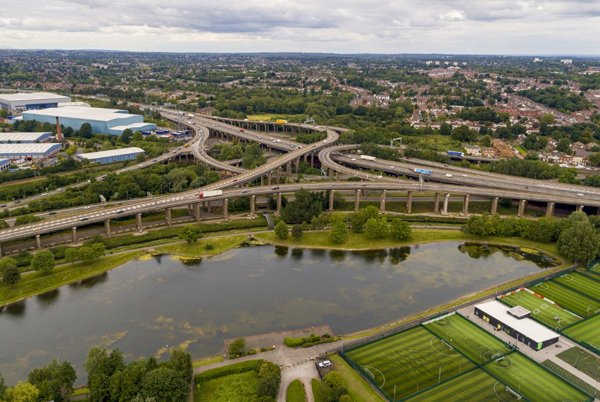