Transport for London (TfL) has set out plans for a new Cycleway which it says would transform roads between Hackney and the Isle of Dogs.

It has set aside £50m for the proposed 7.5km Cycleway, which is at the early design stages. 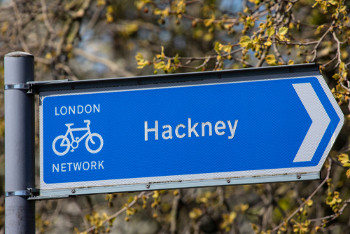 The route would connect Hackney to the Isle of Dogs, including 5.6km of segregated cycle lanes, and is the first new cycling route to be consulted on from TfL's Strategic Cycling Analysis, which used data to identify 25 areas that showed the best potential for growing cycling numbers.

Last year TfL said it would begin using a single brand for all cycle routes, merging the Cycle Superhighway and Quietway brands into a single system where a Pan-London network is delivered in line with new quality criteria.

London's walking and cycling commissioner, Will Norman, said: 'These exciting plans not only include a new high-quality cycle route connecting the busy streets of Hackney and the Isle of Dogs, but include a raft of improvements that will make the local area cleaner, safer, and more welcoming to get around on foot.’

TfL said the new Cycleway would be a major boost to London's growing cycle network, connecting to a number of other major routes including Cycle Superhighways 2 and 3 and Quietway 2, and significantly increasing the number of journeys that can easily be made by bike in the capital.

The proposed upgrades include: