Local authority leaders have said there is a ‘chronic need’ for investment in local roads in response to a report on the number of substandard road bridges in Great Britain.

An analysis by the RAC Foundation found that the number of substandard road bridges managed by councils across the country has fallen slightly over the past year.

Local authorities in England, Scotland and Wales have identified 3,061 bridges – defined as structures over 1.5 m in span – as being substandard. This was 4.2% down on the 3,194 figure twelve months earlier.

The Foundation warned however that the recent flooding risks reversing this trend.

Its analysis is based on freedom of information responses from 203 of the 210 local highways authorities in Britain. 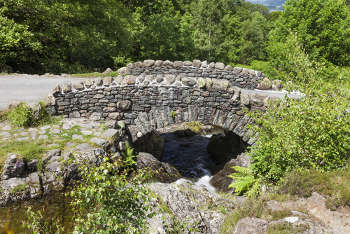 It estimates that the cost to bring all the substandard bridges back up to perfect condition is £1.12bn and the one-time cost to clear the maintenance backlog on all 71,505 bridges is an estimated £5.55bn.

Both of these figures are down from last year’s estimates of £1.17bn and £6.5bn respectively.

Councils told the Foundation they would ideally want to bring 2,084 (68%) of the 3,061 substandard bridges back up to full carrying capacity.

However, budget restrictions mean they anticipate that only 359 of these will have the necessary work carried out on them within the next five years.

Steve Gooding, director of the RAC Foundation, said: ‘The condition of the bridges that carry our roads is a canary-in-a-coal-mine indicator for the health of the highway network as a whole.

‘While our survey shows a marginal year-on-year improvement, it still reveals that while the number of structures highway authorities expect to bring up to standard in the next five years is in the hundreds, the number they’d like to restore to manage traffic demand is in the thousands.’

Cllr David Renard, the Local Government Association’s transport spokesman, said that there was a ‘chronic need for more investment in local roads'.

‘The backlog of repairs on our existing highways infrastructure as a whole currently stands at over £9bn and it would take 10 years to fix,’ Cllr Renard.

‘Flooding events in recent weeks have shown how vital bridges are in linking together communities and enabling shoppers and local traders to go about their business and they are of critical importance to our national economy.’

‘Long-term investment would allow councils to ensure that our roads and highways infrastructure continue to connect our businesses and communities,’ he continued.

‘We are calling on the Government to use the Budget to reinvest the equivalent of 2 pence per litre of existing fuel duty into local roads maintenance, which would generate £1bn a year for councils to spend on making our roads and bridges more resilient to extremes of weather and day-to-day use.’