The firm said the demonstration of the CH2ARGE system at Dunsfold Aerodrome, home to the BBC Top Gear test track, saw an electric BMW i8 as the first ever car to be recharged with power generated by a hydrogen fuel cell after 10 years of fuel cell research development in its laboratories.

It said it is preparing for the commercialisation of fuel cell-based EV Charge solutions to meet the growing demand for environmentally friendly power in the EV market. 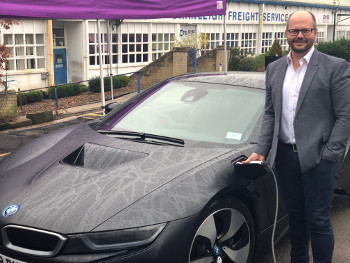 CEO Adam Bond (pictured) said: ‘By 2030, it is estimated that there could be nine million electric vehicles on the roads of Britain, up from 90,000 today.

'For this transition, we need charging stations to be embedded throughout the country, as well as seeking innovative solutions to overcome the severe limitations of centrally generated electricity.'

The firm said that while the use of central electricity generation for EVs will challenge the distribution networks to handle potentially large surges in peak demand, its EV Charge system could potentially deliver locally-generated electricity through thousands of installations.

It added that venues such as sports centres, stadiums and supermarkets will have to scale up EV recharging solutions, requiring extensive investment in new power stations and upgrading of the distribution network unless these demands are met through localised power generation.

AFC Energy said its EV Charge includes a small-scale fuel cell connected to an inverter similar to those used by Toyota at its EV research centre. The inverter transfers energy created by the fuel cell to a charger.

The system is supported by a 48V battery pack to assist with peak power demands. The solution can also be tailored for both on and off grid applications and scale up as required.

The fuel cell is sized to provide sufficient power to charge two EVs concurrently at recharging levels 1,2 or 3 and can be scaled up to provide solutions for mass recharging at supermarkets, retail venues and sports stadiums.

AFC Energy said it is looking to enter into discussions with car manufacturers and suppliers for the production of scalable EV Charge systems for commercial deployment. 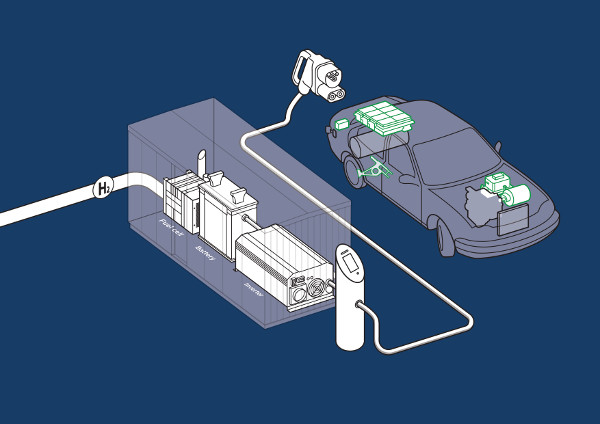