Public urged to sign up, drop in as main works start on £5m scheme

Highways England will begin main construction works on a £5m project to transform one of the busiest junctions along the A585 in Lancashire on Saturday (31 August). 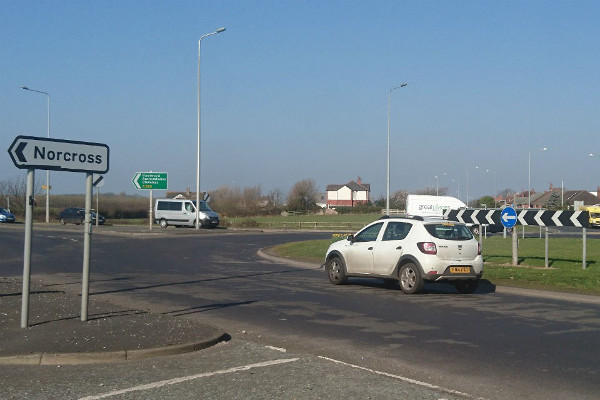 The £5m scheme at Norcross roundabout (pictured) started in July with preparation work. Now the first phase of main construction work will see the closure of the junction at Fleetwood Road South, south of the roundabout, for about six weeks.

The major improvement to the five arm roundabout involves installing traffic lights to improve crossings and providing more room on the approaches to the junction.

Project manager Jan De Jong said: ‘We’re now entering the main, seven-month, construction phase and we are doing everything we can to minimise disruption.

‘We are really keen to keep people informed and encourage road users to sign up to the text alert system, visit the project webpage or come and talk to us at one of our weekly drop-in sessions at Thornton Methodist Church’

The closure of the southern section of Fleetwood Road South will last until 16 October with a second short closure required near the end of the project between 3 and 6 March.

Other phases of work will see closures elsewhere. Highways England said all the closures will be in place around the clock throughout the working periods but the A585 itself will remain open at all times. 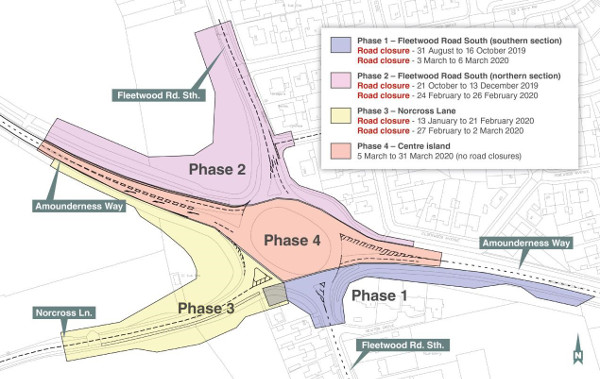 Highways England has launched a text alert system and will hold weekly public drop-in sessions to help road users stay in touch with progress on the improvement and the different phases of roadworks.

The scheme is funded from the national £220m congestion relief programme, of which more than £27m is being spent in the North West of England.

Highways England said that once the new Norcross roundabout has opened, work can begin on a £100m new A585 bypass between Windy Harbour and Skippool.