The RAC Foundation is making progress on the Department for Transport sponsored Road Collision Investigation Project, with the police forces involved, and their allocations from the £480,000 government grant, due to be finalised in early 2019.

The project, which will trial an investigation scheme for road crashes as the aviation and rail sectors already benefit from, will span several years.

Three police forces will be involved and share data beyond the fields already captured on the Stats 19 returns to enable deeper analysis into the complex causes and consequences of road crashes.

The RAC Foundation revealed it has commissioned Professor Neville Stanton (Professor of Human Factors and Ergonomics at the University of Southampton) 'to produce a fresh framework for analysing crash causation factors taking a systems-thinking approach'.

This work will go through a peer review process before being trialled using police data.

'We are also conducting formal interviews with experts in the field, including accident investigators, policy officials and industry representatives. The interviews are already proving helpful in identifying possible data sources and useful published material,' the RAC Foundation said.

The fourth strand of the project will look at trends and patterns in the data including the relationship between the daylight-saving clock change and the incidence of road crashes. 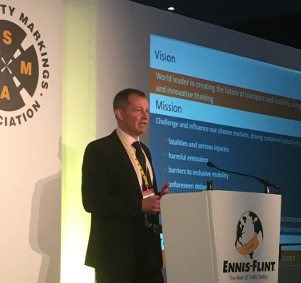 At the recent Road Safety Markings Association conference, Richard Cuerden (pictured) director of TRL - the Transport Research Laboratory - said: 'I really believe we have to have a UK collision investigation branch – somebody has to take ownership of this.

'At the moment we don’t have a single organisation in my opinion who really drives this and says it is our job.

'We need leadership we need a group who can stand up, record that data and push it out publicly so we can all learn from it.'

He added: 'We are in an era where overnight you can download some new software and change the performance of the vehicle. If we could prevent future crashes using software wouldn’t that be amazing. At the moment we wait for 100 people to die to see if something is statically significant. So our opportunity with this new tech to learn in a more rapid way is amazing.'