Gloucestershire County Council has closed a road in the Cotswolds for safety reasons after badger setts were found under the carriageway.

It said the closure was required after burrowing badgers removed tonnes of earth from under the road, meaning the road could collapse at any time and will require intensive structural work to fix the subsidence.

However, environmental law means highway engineers will have to wait almost three months to get onsite at the country lane between Kempsford and Hannington Wick. 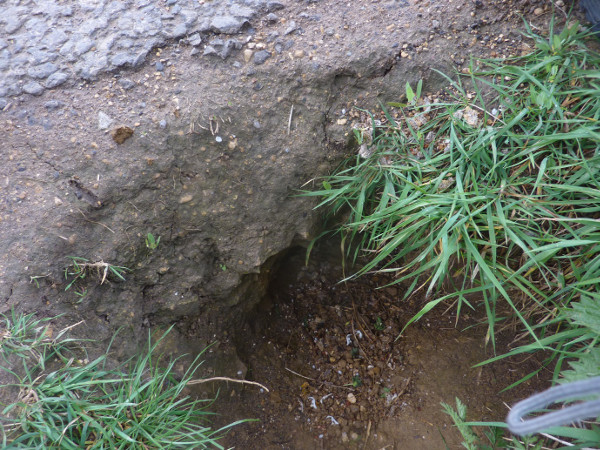 The council said it has called in badger experts and requested a licence from Natural England so it can explore options to get the road re-opened as soon as possible.

However it is breeding season for badgers and crews can not disturb the set by law until 1 July at the earliest.

Liz Kirkham, the council’s highways operations manager, said: ‘We know long road closures are frustrating; however we must follow the restrictions from Natural England.

‘We have already booked in crews to do the work needed to get the road open again, so I would like to reassure residents that we are doing all we can to plan ahead.’

The council said that in early July badger experts will be granted permission to move the animals humanely and safely away from the road.

Highways crews can then rebuild the layers of material that support the carriageway, before resurfacing the damaged section.

They will be working 24 hours a day for two weeks to complete the work, the council said. In the meantime, there will be a diversion route in place, and residents in Kempsford can access the village from the opposite direction.