The Highways Term Maintenance Association (HTMA) has launched a major engagement initiative in advance of the Government's next Comprehensive Spending Review, which is expected to start in November.

The spending review is likely to be fiercely contested with public finances still under pressure, adult social care costs mounting up and Brexit adding an extra dimension of uncertainty. 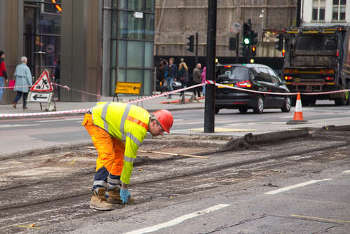 Highways understands that Department for Transport civil servants have started work to build up an evidence base for the business case for additional highways maintenance funding as part of spending review.

The HTMA project, Britain’s Roads – Britain’s Future, is designed to draw on expertise and knowledge across the industry to build ‘the strongest possible case for sustained and coherent funding of the entire UK roads network, through the provision of reliable and robust evidence on the role played by well-maintained highways in supporting the economic, social and environmental well-being of the country’.

The HTMA - which represents service providers that currently look after over 80% of the UK highways network - has issued a call for evidence from across the highways sector and beyond. The engagement project will run to the end of the year.

Launching the initiative at the HTMA Annual General Meeting, incoming HTMA chair Peter McDermott, said: 'The forthcoming Comprehensive Spending Review will have the most significant influence on the investment in highways infrastructure over the next 10 years and with Government facing the challenges of health and social care expenditure demands, it is vital that the role played by well-maintained roads in the economic, social and environmental wellbeing of the country is not overlooked.

'The intention is to engage with, and ask for evidence from, organisations who understand and value our highways network. This will include organisations that understand the positive impact of well-maintained roads on economic development, productivity, employment access, health, air quality, accident reduction and the future development of connected and autonomous vehicles.'

Mr McDermott said that many of the groups the HTMA hope to hear from may not be directly connected with the roads industry 'but will have valuable input into building the case for sustained and coherent funding'.

George Lee, chief executive of the HTMA, added: 'We are issuing a call for evidence and input from all organisations with an interest in highlighting, to the Treasury, the crucial role our highways play in our country and the importance that needs to be attached to improving the investment in and management of our country’s single greatest asset.

'We will be engaging with a range of fellow industry bodies, drawing on and collating their expertise and knowledge, to provide a strong ‘singular voice’ on investment to complement their individual submissions. However, we will also be looking beyond the sector for evidence on the collateral benefits well maintained roads bring and this will engage bodies in the manufacturing sector, the health sector and those with interests in the environment, technology and road safety.'

Any organisation that believes it has evidence to support the case for investment in the roads network is welcome to contact HTMA directly at spendingreview@htma.info.

£18,497 - £20,022 (with progression up to £24,894)
As a Maintenance Technician, you’ll be joining a great team! Worcestershire
Recruiter: Worcestershire County Council

£25,540 up to £27,229
Using your knowledge and experience in highways maintenance you will support and advise your colleagues and contractors. Worcestershire
Recruiter: Worcestershire County Council

£29,636 - £33,799 per annum
We have an exciting opportunity to recruit to the position of Senior Licensing Officer within Regulatory Services. Sandwell, West Midlands
Recruiter: Sandwell Metropolitan Borough Council

£38,800 - £52,600 per annum
Looking for an exceptional candidate. We need you to manage the Director for Communities’ busy office. Kensington and Chelsea, London (Greater)
Recruiter: The Royal Borough of Kensington & Chelsea Council

£21,591.00 - £21,981.00
If you enjoy working outside, have an eye for detail and take pride in your work and the local area then this could be a job for you. Redbridge, London (Greater)
Recruiter: Redbridge London Borough Council

National minimum wage, currently £8.20 in first 12 months, increasing to £8.72 thereafter
We have exciting opportunities for people who are enthusiastic, hard-working and interested in a career in local government. Kirklees, West Yorkshire
Recruiter: Kirklees Metropolitan Council

£40,760 - £43,662
This is a fantastic opportunity to be an integral part of the departmental senior team. Wrexham (Wrecsam)
Recruiter: Wrexham County Borough Council
Tweets from https://twitter.com/highwaysmag/lists/industry-tweets