Highways England is off to a shaky start in its delivery of the second Road Investment Strategy, with planning delays creating risks to the delivery of the programme, according to the Office of Rail and Road (ORR).

For 2020-21, Highways England initially committed to start construction on six enhancement schemes, with two further schemes to be started by third parties.

However, the government-owned company agreed with DfT to revise this commitment and only start work on four schemes instead of six. 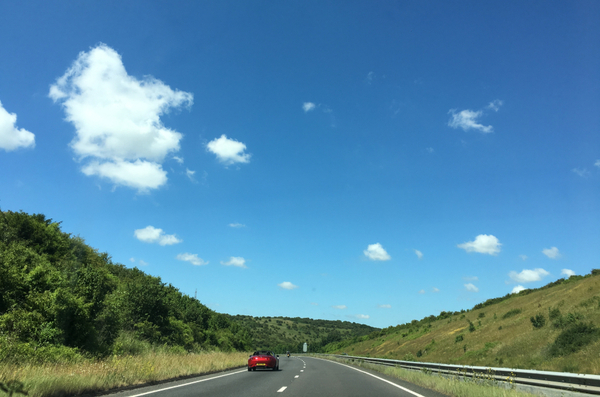 It also delivered the majority of its renewals commitments for its key assets in 2020-21 and began to deliver efficiency against its KPI target. However, 'an increasing number of enhancement schemes have been delayed due to planning issues, causing RP2 forecast underspends on some large schemes in development', ORR said.

'We are concerned that planning risks may impact more schemes as the road period progresses. This in turn could detrimentally affect road users, for example by causing more road works to be carried out concurrently than originally planned. Highways England must set out more clearly the steps it is taking to mitigate the impact of this on road users.'

Following a year dominated by the impact of COVID, the ORR's annual assessment of the Government-owned company found lower traffic levels undoubtedly helped it reach safety and traffic flow targets.

Highways England met all targets in its key performance indicators for providing fast and reliable journeys and maintaining the network.

The report states: 'In 2020-21, traffic on the strategic road network was approximately 67% of the expected annual total, although traffic volumes varied throughout the year.

'At its lowest point, during the first national lockdown in April 2020, it fell to about 25% of normal levels before returning to almost 90% in August 2020 and then declining again during subsequent lockdowns. The largest impact was on car traffic. This was around 60% of normal levels during 2020-21, whilst heavy goods vehicle traffic was close to normal levels.'

As a result, Highways England is likely to achieve its first road investment strategy (RIS1) target of a 40% reduction in the number of people killed or seriously injured (KSIs) on its network compared to the 2005-09 average baseline.

The result will be confirmed when road casualty estimates for 2020 are released later in 2021.

'This target level was less difficult to achieve by lower traffic levels on the network due to the COVID-19 pandemic. Therefore, it is important that the company focuses on its RIS2 target to achieve a 50% reduction in KSIs by 2025 against the same baseline, and its longer-term goal of KSIs that are at a level approaching zero by 2040,' the ORR said.

On the ongoing controversy over smart motorways, the ORR found good progress but also hinted that the easy work had been done and the tougher challenges remain ahead - including the full roll-out of stopped vehicle detection.

Following the 2019 smart motorway 'stocktake', the company had delivered the first eight actions of the 18-point plan in 2020-2021, with one further action delivered by DfT.

Highways England itself 'reports it is on track to deliver the remaining actions', the ORR said, but added 'although achieving this will be challenging'.

ORR has commissioned a report looking at the deliverability of the Action Plan, including the processes involved. This is currently being finalised.

John Larkinson, ORR chief executive, said: 'Highways England, like many others this past year, faced a set of extraordinary circumstances, and it responded well – keeping the network open for the smooth flow of essential goods and people around the country.

'It has met all its performance targets; however, as traffic levels rise to pre-pandemic levels, Highways England must maintain its focus on road safety and we expect it to deliver on the safety-focused changes in the all-lane running programme.

'While there has been good early progress on delivering road schemes, we can see delays to starting some large schemes, as well as some significant underspends. Delays to delivery of these schemes also threaten Highways England’s efficiency and wider performance targets. We are in discussions with Highways England and expect it to take steps to address our concerns.'