Launching its Future of Infrastructure survey last week, AECOM called on government to move major projects outside the political cycle. Highways asked Graham Atkins of the Institute for Government whether it is possible – or even desirable – to take the politics out of infrastructure planning.

Should we have less political involvement in planning infrastructure? 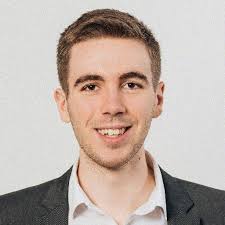 ‘There are three potential benefits to limiting the role of politics in infrastructure: improving the evidence base for decisions, looking longer-term, and providing stability.

Firstly, infrastructure decisions are better when they’re evidence-based, largely because we want politicians to be picking projects based on a robust evaluation of the costs and the benefits.

Also, infrastructure decisions are better if they’re planned over the long-term because looking long-term lets ministers see how different projects interact, allowing planners to maximise, for example, the benefits of a new housing scheme and a new transport scheme.

The third point is that as large amounts of the UK’s infrastructure – including water distribution and energy transmission networks – are managed as [private] regulated monopolies, providing policy stability should help reduce regulated companies’ cost of capital i.e. how much it costs them to borrow money to finance projects.

AECOM also talked about the need for those proposing infrastructure projects to engage with the public and outline their benefits, warning that failure to do so could undermine their efforts…

Taking the politics out of infrastructure can mean two things. Firstly, limiting party politics by building consensus such that when new governments come in they are less likely to reverse their predecessors policy priorities. Frequent policy reversals can lead to trouble; one Government might be committed to one scheme, then suddenly might not be.

It would be beneficial if the Government could build greater parliamentary consensus about what kind of projects the country should invest in, thereby avoiding some of that churn.

But all infrastructure has distributional impact – it affects different parts of the country differently – and so in that sense is part of the political cycle.

The National Infrastructure Commission has done well to set out the UK’s infrastructure needs up to 2050 – but the Government now needs to respond with a clear strategy to explain which of those recommendations it will take forward.

Secondly, when projects are implemented, and seek planning permission, some have suggested you could remove delays by reducing local involvement. There is less scope to reduce local involvement, without generating resentment.

The UK can and should do better at public engagement, at engaging locally with people who will be affected by schemes. The UK could learn from good practice from abroad, such as France’s Commission Nationale du Débat Public.

Whether it be nationally significant infrastructure projects or the National Infrastructure Commission putting forward its proposals, it comes back to politicians making the decisions…