Balfour Beatty, Colas and WSP are set to scoop highways services contracts for Lincolnshire County Council worth a combined £762m over a potential 12 years.

The three firms have each been recommended to deliver one of three contracts to replace existing deals that end in March 2020, having reached their maximum 10-year length. 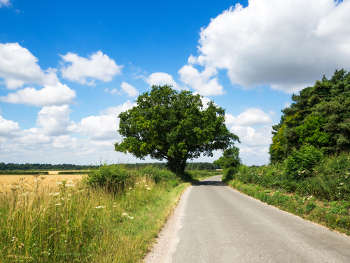 Each of the new contracts will initially run for six years, with the option to extend for a further six years.

Balfour Beatty Group Ltd, under its Living Places brand, has been recommended for the main highways works contract, worth an estimated £638m. It will be responsible for the majority of road repairs, including fixing potholes, winter maintenance, signs, road markings and cutting grass verges.

Cllr Richard Davies, executive member for highways, said: ‘It was important to get the best possible deal for taxpayers, so we've put a lot of time and care into these negotiations.

‘The new contracts will see significant investment in improved equipment and new technology at highways depots around the county, which will mean better road repairs going forward.

‘The companies have also shown a willingness to use local suppliers and take on apprentices, meaning there will be wider benefits for our communities.’

The council's executive members will make the final decision on the contracts at a meeting on 1 October.

It said 250 provider staff will be affected by the changes and are expected to transfer to the new suppliers.