National Highways is continuing work to convert a new section of the M1 to an all lane running (ALR) smart motorway which will link to another smart motorway section that has been found to have increased journey times.

The government-owned company said upgrading the 23-mile section between junctions 13 and 16 to an ALR smart motorway will support economic growth and ease congestion in the area. 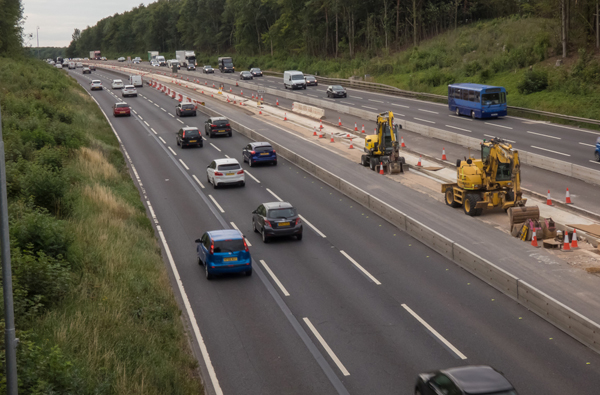 Work on the central reservation in 2019

Last week, a five-year-after post opening project evaluation of the dynamic hard shoulder (DHS) scheme, which was published following a Freedom of Information request from Highways, revealed that journey times had increased, providing journey time benefits valued at minus £225m.

According to the webpage for the project, it involves:

Mr Shapps has said that the plan is for all ALR schemes to now have a radar-based stopped vehicle detection (SVD) system installed before opening, while existing schemes will have SVD retrofitted.