Following the pilot trial that analysed five road schemes, the NIC refined its analytical tool, which it had released as part of its National Infrastructure Assessment. 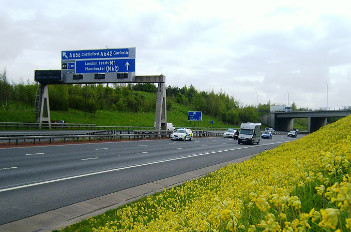 The work is intended to develop a tool for public bodies to analyse the costs and benefits of financing and procurement models as well as project appraisal decisions, taking into account whole-life and wider social impact factors.

'The lack of a strong evidence base on infrastructure procurements has led to the focus on a single measure of performance, usually short-run cost. Long term value for money and consideration of whole life factors in selecting procurement strategy needs to be the priority in future,' the report said.

'Using different procurement models where they are best suited should ensure that government can maximise the benefits from infrastructure. The National Infrastructure Commission’s analytical framework is designed to develop insights into the merits and shortcomings of procurement models.'

Proposed areas for refinement emerging from discussion of the pilot findings are:

The NIC said it was not yet possible to draw firm conclusions on the pros and cons of different procurement models pros as a result of the initial study as a larger sample size was needed.

As a result of the limits to the data, the document states: 'The Commission’s second objective of developing a robust evidence base of costs and benefits of private financing and traditional procurement using roads projects is not realistic in the short term.'

These data gaps were partly explained 'by the age of some of the projects selected for the pilot' and the fact that 'data may be held at the portfolio level (national or regional) making it difficult to access project level data'.

Better data was available on the private financed schemes, influenced by the contract provisions for monitoring and reporting.

However, the analytical work highlights areas for future improvement on these projects such as the availability of data on outturn construction costs. Generally, this data is not shared with the public procurer, a reflection of the risk transfer relationship.

NIC Chair Sir John Armitt said: 'Thirty years ago, the UK led the way in infrastructure financing and with PFI and PF2 off the table, recapturing that innovative spirit is vital. But without an objective way to determine value, officials risk making decisions with one hand tied behind their back.

'Transforming the nation’s infrastructure means mobilising private sector investment alongside that of government. It’s imperative we develop the tools to make better decisions about what works and what doesn’t and address existing concerns about the use of private finance.

'This framework encourages the public sector to view data differently and ask the right questions to get the best taxpayer deal, whatever the procurement model.'

The pilot commenced in Autumn 2018 looking at five projects managed by Highways England (three delivered by private financing and two by traditional procurement). The Highways England roads projects used in the framework pilot evaluation were:

'The findings from the pilot support the recommendation the Commission made in the Assessment for collection of data on project costs and performance at each appraisal stage and on project completion. Where this data is reported at the portfolio level, there is a case for data management systems to be designed in a way that allows project and asset level data to be accessed easily.'

The commission now plans to explore the framework further in other areas of infrastructure.

Previous analyses in this area had only looked at construction costs rather than wider, more long-term results.

Despite the current ban on new PFI and PF2 schemes, not all the UK’s future infrastructure pipeline will be delivered by public financing.

At least 30% of the Infrastructure and Projects Authority’s infrastructure pipeline to 2028 will be delivered by privately financed investment, and 15% by the regulated utilities, the NIC said.