Lincolnshire County Council has been allocated £110m government funding towards the North Hykeham Relief Road but has warned that the cost may well rise beyond its current £155m price tag.

The cash will come from the Department for Transport’s Large Local Majors programme after the scheme was included in a submission from sub-national transport body Midlands Connect last year. 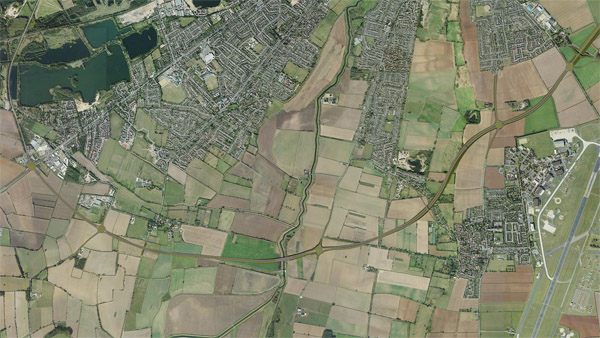 The scheme was the only new road project announced in the Government’s National Infrastructure Strategy, published on Wednesday.

It will see a new dual carriageway, linking the A46 Pennells Roundabout to the newly constructed Lincoln Eastern Bypass, creating a complete ring road around the city. New roundabouts will be built at junctions as well as a number of bridges.

Richard Davies, the council’s executive member for highways, said: ‘We're incredibly pleased that central government has acknowledged the important role the North Hykeham Relief Road will play in better connecting Lincolnshire to the rest of the East Midlands region and country.

‘Not only will it better connect the A46 between the Midlands through to the Humber ports, but it will also form part of Lincolnshire's coastal highway, making it easier for people from all over to get to our beautiful coast.

‘And locally, it will help us meet the area's growth target and cut traffic in and around North Hykeham, Lincoln and the surrounding villages by forming the final section of a complete ring road around the city.’

The current scheme cost, included in the council's outline business case for funding, is £155m. The council said it will fund the remaining cost, alongside developer contributions, which it will forward fund.

Cllr Davies added: ‘We used Government's industry-recognised road cost estimation process to determine the expected cost of the new relief road, and the total that came out was £155m.

‘However, based on past experience with managing projects like the Lincoln Eastern Bypass and the unexpected issues that can arise, it's possible that the cost estimate of the road will go up before we break ground.

‘We're well experienced in delivering major infrastructure projects so are preparing for this potential and are ready to cover additional costs that arise as we progress things further.’

The DfT has told the council that its contribution is fixed and will not increase if the project cost rises.

Cllr Davies said the next steps on the project will be completing detailed design, purchasing land and submitting a planning application, with construction planned to start in 2025.

‘This route is hugely important for local businesses and exporters, as it will reduce congestion on the nearby A46 and ease access to the Humber Ports, which act as a vital international gateway for many exporters.’