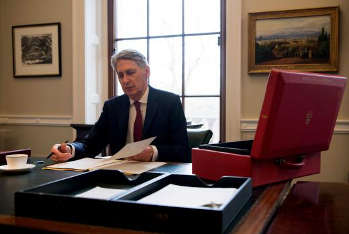 The chancellor has opened bidding on an £840m cash pot from the Transforming Cities Fund for improving transport in English cities, but the RAC said motorists would be disappointed that he did not address the condition of local roads.

In his Spring Statement Philip Hammond also boosted skills funding and pledged a consultation on cuts to VED for businesses that buy cleaner vans.

The RAC’s head of roads policy, Nicholas Lyes, said: ‘As a result of the “beast from the East” some local roads will have deteriorated even further, possibly to the point that they represent a serious risk to the safety of users.

'Figures from the RAC reveal that pothole-related breakdowns soared in the first week of March following the bitterly cold spell the country experienced. Our patrols attended some 218 call-outs per day on average between 4th March and 6th March, a rise of 110% on the period in the run-up to the cold spell.'

The motoring group called for a funding strategy to address both prevention and cure, and certainty for local authorities so they are able to plan ahead.

Mr Lyes added: 'We calculate that if the Government was to ring-fence 5p a litre from existing fuel duty revenue, this could provide £11.8bn over five years.'

The £1.7bn Transforming Cities Fund was announced at the Autumn Budget when around half of it was given to combined authorities with mayors.

The fund will support new local transport links, particularly for those struggling to travel between city centres and suburban areas.

Bids for a share of the remaining £840m will now be accepted from local transport authorities outside London who represent a city region with a workday population of around 200,000 or more people.

Mr Hammond announced that a £29m construction skills funds will open for bids next month and there will be a further £80m to help small business engage apprentices.