A project in Scotland involving key public sector bodies has outlined a framework for analysing the value of the local road network and investment and intervention programmes - including economic, social and environmental factors.

The report found: ‘Users spend £6.4bn per annum to use Scotland’s local roads network, at an indicative cost of £1.8bn. This points to a value to cost ratio of around 3.5 to 1 at a Scotland-wide level.' 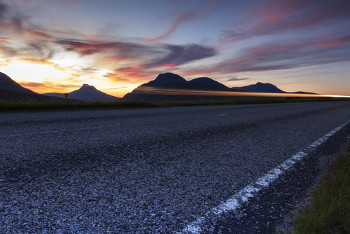 However, the report's authors stressed that the 'absolute value is immeasurable', and advised against using these initial figures as a direct multiplier between the cost and the value.

For instance, if you spend less on maintenance, i.e. cost - but keep the value the same then it looks like you are improving your return on investment, which is ‘clearly inaccurate’, one author pointed out.

The Scottish Roads Research Board provided funding to the Improvement Service and SCOTS (the Society of Chief Officers of Transportation in Scotland) to undertake the study, which was led by Community Models with support from Caledonian Economics and the Social Value Portal.

The proposed model for value judgement is based on a three tier system of utility, social and future value:

This provides a basis ‘for a comprehensive overview of current and projects value using a breadth of socio-economic data linking back to the key systems interdependence,’ the report states.

The report authors said: ‘[It is] relatively straight forward to identify basic utility value at this stage – at both national and local levels. This is based on what road users – personal, business and community – actually spend to use the roads (as a measure of their willingness to pay).

‘Estimated value is £6.4bn across Scotland per annum. There is a level of spend/cost required to generate this value based on levels of local authority spend on local roads and proxy value of the costs of the economic social and environmental impact of the network.

‘Together this spend/cost comes to around £1.8bn per annum. The absolute numbers and ratios are ‘lines in the sand’ rather than ends in themselves…they provide baselines against which forward scenarios can be modelled.’

The Phase 1 Research Report is set to be signed off by the Scottish Roads Research Board by the end of January, when it will be published on its website.

Derek Stewart, co-founder of Community Models and a former director at Amey, helped lead the project and gave delegates at Traffex Scotland an exclusive first look at the results.

Mr Stewart told Highways that his team had submitted a Phase 2 application for funding to test the model, particularly the level three future value element, in a small number of representative pilot sites across Scotland.

He added that for the second level of social value it was found that there is data to support analysis but it is not used much or consistently in modelling.

For the level three future value predictive analysis ‘we have a desk based version and we now want to test that’, he said.

‘We want to look at regional pilots to give us more confidence in the data and the process to build up a model that can be used on an ongoing basis.’

The report was completed through secondary desktop research based on existing literature and data, supplemented by primary research in terms of consultation, interviews and surveys.

A structured community council survey received 253 responses in total from across the breadth of Scottish geographies.

Develop a consistent approach – a model – to assess value that: