New car registrations fell for the third consecutive year in 2019, with a major drop in the number of new diesel cars but a rise in electric vehicle sales.

The Society of Motor Manufacturers and Traders (SMMT) said 2,311,140 vehicles were registered last year, representing a 2.4% decline ‘as the turbulent market reacted to weak business and consumer confidence, general political and economic instability and confusion over clean air zones’. 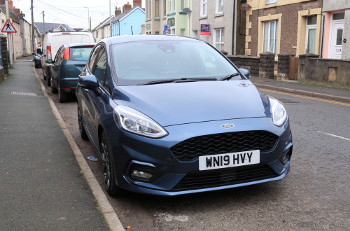 It said decline was driven primarily by falling private demand, with registrations from consumers down 3.2%, while the small volume business market also fell, down 34.4%. Fleet registrations, meanwhile, remained broadly stable, up 0.8%.

While registrations of petrol cars were up 2.2%, this failed to offset the 21.8% decline in diesel registrations.

The SMMT said december marked the 33rd month of diesel decline, ‘as continued anti-diesel rhetoric and confusion over clean air zones hit demand. This has resulted in drivers keeping their older, more polluting vehicles on the road for longer, holding back progress towards environmental goals.'

SMMT chief executive Mike Hawes said: ‘A third year of decline for the UK new car market is a significant concern for industry and the wider economy. Political and economic uncertainty, and confusing messages on clean air zones have taken their toll on buyer confidence, with demand for new cars at a six-year low.

‘A stalling market will hinder industry’s ability to meet stringent new CO2 targets and, importantly, undermine wider environmental goals. We urgently need more supportive policies: investment in infrastructure; broader measures to encourage uptake of the latest, low and zero emission cars; and long-term purchase incentives to put the UK at the forefront of this technological shift.'