The Department for Transport (DfT) has announced another delay to its decision on whether to approve the development of the Stonehenge Tunnel.

Just one day before transport secretary Grant Shapps had been due to announce whether the planned £1.7bn scheme should go ahead, the DfT announced the decision would be put back until the autumn following more archaeological finds at the site. 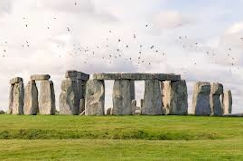 In a written statement, transport minister Andrew Stephenson gave the update today (16 July) on the application under the Planning Act 2008 for the proposed construction of a new two-lane dual carriageway for the A303 between Amesbury and Berwick Down in Wiltshire.

He wrote: 'Following notification of a recent archaeological find within the World Heritage Site, the deadline for the decision is to be further extended to 13 November 2020 (an extension of four months) to enable further consultation on and consideration of this matter before determination of the application by the secretary of state.'

The decision to set a new deadline is without prejudice to the decision on whether to give development consent.

Under sub-section 107(1) of the Planning Act 2008, the transport secretary must make a decision within three months of receipt of the Examining Authority’s report unless exercising the power under sub-section 107(3) to extend the deadline and make a statement to Parliament announcing the new deadline.

Mr Shapps received the Examining Authority’s report on the A303 Amesbury to Berwick Down Development Consent Order application on 2 January 2020 and the deadline for a decision was previously extended from 2 April 2020 to 17 July 2020 to allow for further work to be carried out.

Following the selection of three bidders for the main works procurement, Highways England started a four-month process in June this year to select a team of archaeological experts under a £35m contract to undertake work should the planning consent be granted.

Although much archaeological inspection work has already been carried out in light of the road construction plans.

Then in late June a giant neolithic structure, created 4,500 years ago, was uncovered 1.9 miles (3 km) north-east of Stonehenge on Salisbury Plain near Amesbury, Wiltshire.

The series of vast shafts were each more than five metres deep, up to 20 metres across and formed a circle 1.2 miles in diameter.

The discovery was made possible through geophysical prospection, ground-penetrating radar and magnetometry, which revealed the shafts as geophysical anomalies. They had previously been dismissed as natural sinkholes and dew ponds.

Highways England’s proposed upgrade of the A303 between Amesbury and Berwick Down has undergone a series of revisions after UNESCO experts called on the UK government to change the plans.

The Stonehenge site has UNESCO World Heritage Site (WHS) status and the organisation has been critical of the proposals.

Representatives of Highways England met a delegation from UNESCO (United Nations Educational, Scientific and Cultural Organisation) and the International Council on Monuments and Sites (ICOMOS) in 2018.

Highways England said the aim of the three-day fact-finding mission was to explain how the designs of the proposed tunnel will bring together the WHS landscape currently split by the A303.