Wolverhampton's i9 selected to house MHCLG

Two floors of Wolverhampton’s new i9 office building will be home to the first ministerial department outside of London, it has been announced.

The Ministry of Housing, Communities and Local Government (MHCLG) will make the development its joint headquarters after construction is completed this summer. MHCLG said at least 150 roles will be based in the city ‘as soon as possible,’ with the council currently supporting MHCLG with recruitment for new vacancies. 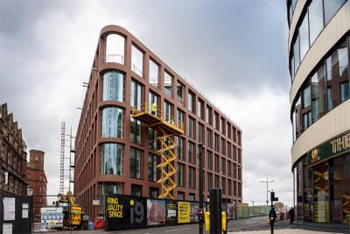 'The council has worked hard to make this happen and we are delighted that our city has been chosen to host this historic move away from Whitehall.

‘It’s also a big endorsement of the council’s ambitious plans to invest in – and develop – a new multi-million-pound commercial district in the heart of the city centre.

‘The kudos of being the first place outside of Whitehall to host a government department will create a real buzz and interest in our city, attracting further investment.’

Local government secretary Robert Jenrick said he would be working from the office ‘as often as I can’ along with other ministers and senior civil servants.

In the April 2021 issue of Highways magazine, Ross Cook, Wolverhampton City Council's director for environment, set out how the council was preparing to host MHCLG.