The AA has called for an independent investigation into the system used to detect stopped vehicles on smart motorway all lane running (ALR) schemes.

In its submission to the Transport Select Committee’s inquiry into ‘the roll-out and safety of smart motorways’, the motoring organisation said that, while it is pleased the retrofitting of (radar-based) stopped vehicle detection SVD will be completed by 2022, ‘there are still serious concerns regarding the accuracy of the technology’. 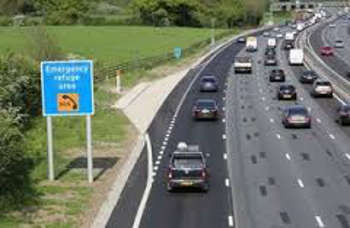 It cited the recent investigation by Highways, which quoted experienced highway engineer Alan Hames and was based on a 2016 Highways England report, adding ‘there are question marks surrounding the ability of the radar system to identify lower vehicles like the Mazda MX5, and questions whether Highways England mis-attributed some of the cases in the initial trial to show the technology worked’.

The submission noted concerns in the Highways England report that some cars that are lower than a motorcycle with a rider ‘likely to be the more testing target’ for the SVD system.

It also noted Highways’ revelation ‘that Highways England completed a new report into SVD in 2018, but they have not published the findings’.

The AA submission stated: ‘Due to these concerns, we would like an independent investigation into SVD and for Highways England to release their 2018 report into SVD.’

So far, in response to a Freedom of Information request, Highways England has disclosed extracts from the report, but not the report itself.

In a separate submission, Mr Hames told MPs: ‘Having finally admitted that mistakes were made with the introduction of Smart Motorways, Highways England are now presenting the introduction of SVD radar technology on all motorways, as the panacea for acknowledged ills in the present Smart Motorway system. This SVD NavTech radar system is being promoted as able to quickly and efficiently detect stopped vehicles within 10 seconds and take speedy action.’

However, he said the "Stopped Vehicle Detection" was 'unfit for purpose’ in his opinion.