Apprenticeship Levy: Is it highway robbery?

Exclusive: Whitehall has released just a tiny fraction of the roughly £2bn paid by employers under the Apprenticeship Levy launched last April to boost jobs and skills, Highways can reveal.

Documents obtained under the Freedom of Information Act (FoI) show that, as the first anniversary of the Apprenticeship Levy approaches, just £108m of the roughly £2bn raised between May 2017 and February 2018 has been paid from accounts held in the name of employers. 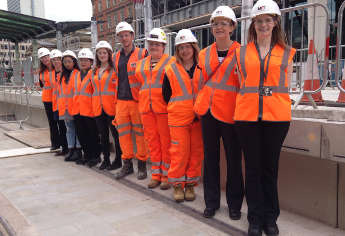 Government guidance states that any funds that are left unused ‘will expire 24 months after they enter your account’, meaning that the Treasury collects the unallocated cash for itself.

The Government is pulling in around £200m a month from the levy, according to provisional figures from HMRC. A HMRC spokesperson said: ‘For the period May 2017 to December 2017 receipts of the Apprenticeship Levy were around £1.6bn.’

HMRC accounts documents seen by Highways show that a further £469m was paid in January and February this year.

In response to a direct question from Highways, a Government FoI team revealed: ‘Funding within apprenticeships service accounts can only be used to fund apprenticeships that meet the requirements of the funding rules published by the ESFA [Education and Skills Funding Agency]. Since May 2017 the value of payments from employer accounts to the end of January was £108m.

‘This value excludes the funding for additional payments, English and maths qualifications up to and including level 2, learning support funding, co-investment funding and other uplifts.’

Employers with a pay bill over £3m each year must pay the Apprenticeship Levy at a rate of 0.5% of their wage bill. It is paid through Pay As You Earn (PAYE).

In the roads sector the situation is even worse as there is a lack of official apprenticeship courses that highways employers can use to claim funds.

Government guidance states that there are two different types of apprenticeships to choose from:

According to the Department for Education (DfE) there are only two highways-related apprenticeship standards developed under the trailblazer system that are ‘approved for delivery’. They are for a highways electrician/service operative and for a highway electrical maintenance and installation operative.

George Lee, chief executive of the Highways Term Maintenance Association (HTMA) – representing service providers which look after over 80% of the UK network – told Highways that one of the issues was that the industry revolves around NVQ-level qualifications, which give more practical knowledge of the sector. This has apparently caused contention with the Institute for Apprenticeships (IFA) – the Government’s executive non-departmental body designed to ensure apprenticeship standards and advise on funding. As a result a group of  highways professional bodies, led by the HTMA and in partnership with the Institute of Highway Engineers (IHE), have had to join together to petition the Government.

‘There remains ongoing uncertainty over the status of NVQs in these qualifications going forward,’ Mr Lee said.

‘The HTMA has helped organise a meeting of minds with other professional bodies in highways, including the IHE, so we can put a system in place for making the IFA responsive to industry needs. The issue is unclear at the moment. ‘What we want to establish is a clear career path for those coming into the sector.’

IHE chief executive Richard Hayes said: ‘Highways struggles to make its case because we are specialist. There are civil engineering apprenticeships and technical apprenticeships which we can adapt to roads, but we have to be a bit creative to use those. What we want is highways apprenticeships, not construction at large.

We think it is big enough to have its own apprenticeship.’

The news comes after the Local Government Association (LGA) said earlier this year that the ‘levy must be improved in order to reach its potential’.

Cllr Sir Richard Leese, chair of the LGA’s City Regions Board, said: ‘Currently, the Apprenticeship Levy costs around £207m a year to local government, with a commitment that the money returned be spent within two years and against standards outlined by the Government. However, as the Government is aware, key standards, such as teaching and social care, for local authority workforces will not be accessible until September 2018, so is vital that councils have sufficient time beyond the two years deadline to spend the levy against these standards to promote apprenticeships at a local level.’

A DfE spokesperson said:  ‘The Apprenticeship Levy provides a real opportunity to tackle the skills issues which we are currently facing. Our reforms have put control back in the hands of employers – they are best placed to decide what skills they need.

‘We are working with trailblazer groups who are developing new apprenticeship standards relating to highways, in addition to the highways-related apprenticeships we have already approved for delivery.

‘High quality apprenticeship standards will help make sure businesses have the skills they need.’