A new survey suggests that 79% of drivers think average speed cameras are better at slowing traffic than traditional fixed ones.

The RAC surveyed more than 2,000 motorists and found that only 9% thought fixed location cameras worked better. 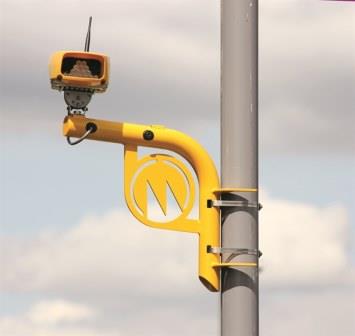 However, the respondents to the motoring organisation’s study were unsure about cameras overall, with 27% believing their sole aim is to raise money from drivers.

Road safety spokesman Pete Williams said: 'Our research suggests the growing use of average speed cameras in motorway roadworks and increasingly on sections of A-road is reinforcing the road safety message, as they are extremely effective at slowing down drivers.

'We know that some drivers can be very cynical about speed cameras, with a significant minority having told us they believe they are more about raising revenue than they are about road safety.

'Interestingly, these latest findings show there is now a strong acceptance that they are there to help save lives and prevent casualties on the road.'

When asked about each type of camera, 86% of respondents said that average speed cameras are effective at getting vehicles to slow down. In contrast, while figures show that while 70% of drivers think traditional fixed cameras are good to slowing traffic down, 80% feel they make little difference beyond their immediate location.

When asked about the purpose of speed cameras, almost one in four drivers (37%) believe they are there to help slow vehicles at accident blackspots, while 36% think that they are both to help safety and collect revenue.