Edinburgh Council could add more roads to the city’s 20mph network although the scheme has had only a limited impact on traffic speeds.

In March 2018, Edinburgh became Scotland’s first city to implement a city-wide network of roads with a 20mph speed limit. 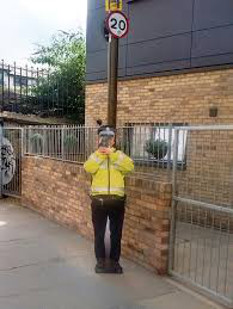 An evaluation of the 20mph speed limit roll-out will be considered by the council’s Transport and Environment Committee this week.

Among the findings is a statistically significant reduction in speeds across 66 sites surveyed, with speeds dropping by 1.34mph on average, and by up to 2.41mph in some areas. There was also an increase in the number of vehicles with average speeds of 20mph or less.

The council said research shows support for the scheme has grown since its implementation. However only 21% of respondents said speeds were lower, with 61% believing they were the same.

It said it has received requests to add further streets to the network and had assessed several for inclusion. The report recommends starting the process to reduce the speed limit on a number of streets.

The report also proposes a review of the road network that currently has higher limits, ‘in order to proactively identify any further streets where a reduction in speed limit may be appropriate’.

Transport and environment convener Cllr Lesley Macinnes said: ‘These initial results demonstrate that by leading the way to become Scotland’s first 20mph city we are having a real impact on the safety and wellbeing of people in Edinburgh.

‘Research shows that for every 1mph reduction in speed there is a 6% reduction in accidents so the evidence that speeds are dropping by more than twice as much in some areas is extremely positive.’

She added: ‘Of course, there is still work to be done to encourage compliance and these findings will help us to target resources to achieve this.’

The evaluation shows a substantial reduction in road traffic collisions post-20mph implementation compared to three years before but the council said more data is needed before firm conclusions can be attributed to the 20mph limit.

The report notes that ‘concerns remain regarding compliance’ and cites possible actions on streets where there may be continuing non-compliance.

These could include signage and road markings, targeted enforcement from Police Scotland or short-term deployment of mobile vehicle activated speed signs (VASS)

The report states: ‘Further physical traffic calming measures such as road humps or chicanes will only be considered if there is a significant collision history or where high vehicle speeds are not reduced sufficiently with soft engineering measures such as VASS and additional signage.’

It also cites the use of 'Pop Up Bob' (pictured), a life size cut out of a police officer holding a speed camera, but stresses that 'Bob' is not intended to replace real officers.

The findings of the report ‘reveal no evidence of displacement of traffic from 20mph streets to 30mph streets’.