Expected to arrive this summer and to be based at the Bank’s Leeds headquarters, the Bank is set to welcome: 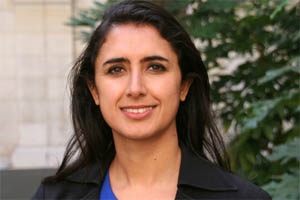 Permanent recruitment to the Bank is said to be accelerating across all of its functions, aiming to attract diverse talent from across the public and private sector to its Leeds HQ.

It also plans to launch its first strategy later this month which will 'set out how it will deliver its mission to help tackle climate change and support regional and local economic growth'.

Mr Flint said: 'This is an outstanding executive team who will take the Bank to its maturity, and I am proud of the depth of talent that we have attracted.

'We’re diverse by design at the UK Infrastructure Bank and this team will set the tone as we grow the whole organisation and deliver on our urgent mission to tackle climate change and boost local and regional economic growth across the country.'

The UK Infrastructure Bank was opened in June 2021 in interim form and is reported to have already closed seven deals.

Bridget Rosewell CBE, Tania Songini, Marianne Økland and Nigel Topping have also been announced as the first set of permanent non-executive directors on the board of the UKIB.

While the permanent executive members' experience is naturally more focused on banking and finance, the non-executive directors' backgrounds are more diverse.

Ms Rosewell CBE for instance chairs Atom Bank and the M6 Toll Company and is a non-executive for Northumbrian Water Group.