A new report on a smart motorway section of the M1 has revealed that the absolute number of personal injury collisions rose during the last two years of the period studied to a level higher than the annual average before the scheme opened.

National Highways excluded casualty figures for the fourth and fifth years from its five-years-after post opening project evaluation of the dynamic hard shoulder (DHS) scheme between junctions 10 and 13 of the M1, which opened in December 2012.

It is not clear why this happened. Although the report cites the change in casualty severity reporting that took place in 2016, this only affected the balance between serious and slight casualties, not the overall number of personal injury collisions or the number of collisions resulting in fatalities.

However, the report does disclose that there were an annual average of 95 personal injury collisions over the five-year period after the scheme was operational compared with 98 before the scheme.

The figures appear to support the idea that collision rates on smart motorways increase as the additional space produced by the extra lane, which is temporary in dynamic hard shoulder running, is taken up by additional traffic.

A one-year after opening evaluation of smart motorway schemes between junctions 28 and 35a of the M1 states that 'traffic levels are set to increase in later years' and acknowledges the possibility that this could impact initially positive safety data.

The increase in traffic volumes meant that casualty rates per vehicle kilometre improved to a greater extent than indicated by absolute casualty figures.

It also states that there were five more collisions leading to serious injuries per year after the scheme, although this may have been affected by reporting changes.

The number of fatalities was three (an average of one a year), which was the same as in the three year period before work started on the scheme. No fatality figure is given for the fourth and fifth years, although a separate report shows that a further fatal collision occurred in the fifth year. 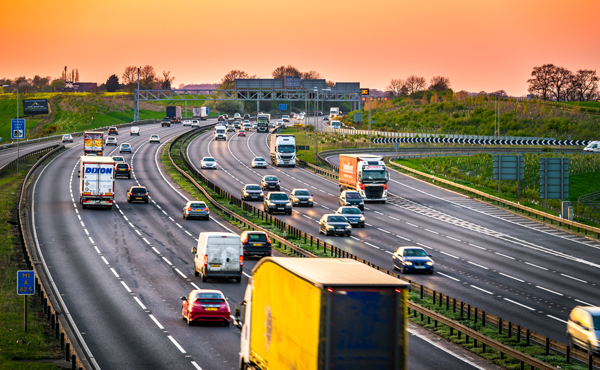 The two reports came to light following an FOI request from Highways. Transport minister Baroness Vere told the Transport Select Committee in June that she hoped to supply the reports in approximately two weeks but their publication stalled since then.

It was released at the same time as an evaluation by the Office of Rail and Road of Highways England’s use of statistics, which found that although the government-owned company had made no fundamental errors there is a limited amount of data available.

In 2019, there were only 141 miles of all lane running motorway (ALR), the network having expanded from 29 miles in 2014, which means that only 29 miles of ALR has a full five years’ worth of data.

The ORR also found that high-level statistics making comparisons between conventional motorways and smart motorways did not always separate the types of road between controlled motorways, DHS and, ALR ‘which may have obscured the impact of the removal of the hard shoulder’.

DHS schemes, which are to be phased out, operate as conventional motorways for most of the time and calculating the overall safety performance of DHS schemes is likely to dilute any reduction in safety that arises when the hard shoulder is used as a running lane.

This effect may be increased by the fact that when used as a conventional motorway, DHS schemes have the additional benefit of emergency refuge areas, which allow some drivers to leave the hard shoulder in an emergency.