MPs slam Govt on outsourcing and call for PFI halt

MPs have criticised the Government’s approach to outsourcing, accusing it of having a ‘preoccupation with cost’ while being unable to show it provides 'better services for less money'.

In a new report following the collapse fo Carillion, the Public Administration and Constitutional Affairs Committee called for a moratorium on new PFI schemes, and a review of the financing arrangements for two flagship roadbuilding schemes. 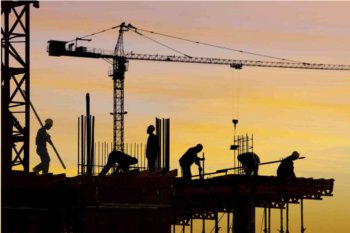 MPs said the Government's overriding priority for outsourcing is ‘spending as little money as possible while forcing contractors to take unacceptable levels of financial risk’.

Committee chair Sir Bernard Jenkin MP, said: ‘It is staggering that the Government has attempted to push risks that it does not understand onto contractors, and has so misunderstood its costs. It has accepted bids below what it costs to provide the service, so that the contract has had to be renegotiated.

‘The Carillion crisis itself was well-managed, but it could happen again unless lessons are learned about risk and contract management and the strengths and weaknesses of the sector.’

The committee said the Government’s approach was made more damaging by the fact that the information it uses to inform the outsourcing process can be ‘either incomplete or simply incorrect’, something it ‘must be aware’ of as it has written contracts that force contractors to pay out when it gets its own data wrong.

The Government has also been known to forego performance penalties in the initial phases of contracts.

MPs said that ultimately, this has led to worse public services as companies have been sent a clear signal that cost, rather than quality of services, is the Government's consistent priority.

They said contractors had told them that the Government was known to prioritise cost over all other factors in procurements, ‘driving prices down to below the cost of the services they were asking firms to provide’.

‘Worse, the Government was unable to provide significant evidence for the basic assertion behind outsourcing: that it provides better services for less public money, or a rationale for why or how it decides to outsource a service. This was especially true for PFI. Shockingly, the Government admitted to the Committee that the "entire [PFI] structure is to keep the debt of the balance sheet”.’

The committee called on the Government to commit to underpinning contracts with realistic assessments of cost and risk transfer.

MPs also said that the Government ‘should not approve any further PFI projects until they can clearly justify, based on evidence, their claims about the benefits of the scheme’, adding: ‘Ministers should be able to choose to use state finance where it is clear that private finance would bring no benefits.'

The committee said: ‘The Treasury should scrutinise in particular the recently approved transport projects (the A303 Stonehenge tunnel and roads and the £1.5bn approach roads to the Lower Thames Crossing) to ensure that there is good evidence that private finance represents the best value for money in these cases.’