'Milestone moment' on A14 as Great Ouse viaduct takes shape

A firm from North East England has acheived a ‘milestone moment’ on Britain’s largest current road upgrade with the installation of a central 39-metre viaduct beam across the River Great Ouse in Cambridgeshire.

As part of Highways England’s £1.5bn A14 Cambridge to Huntingdon improvement scheme, Cleveland Bridge UK was contracted by the A14 Integrated Delivery Team to design, fabricate and install a 750-metre viaduct bridge spanning the river and a large area of flood plain on each bank. 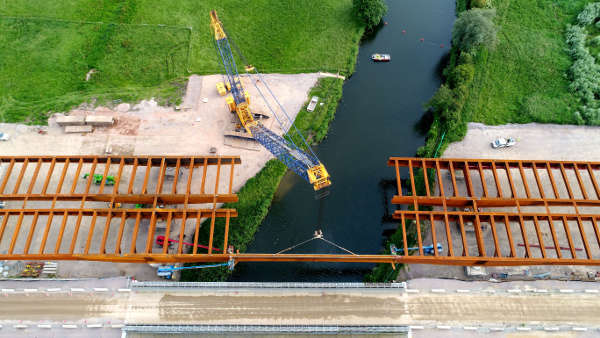 Chris Droogan, managing director of Cleveland Bridge UK, said: ‘The River Great Ouse viaduct is a showpiece element of the A14 project and is worthy of its place as one of Cleveland Bridge’s most significant structures in our history. It is also an excellent example of the ingenuity of our designers, engineers and the highly collaborative relationship our site team has with our client on the project.

‘The viaduct will have a major impact on improving this part of the UK road network and we are very proud to have played a part in its development.’

The entire structure, which contains 6,000 tonnes of steel and comprises 76 separate main girders and 800 cross girders, was fabricated at Cleveland Bridge’s extensive production facility in Darlington, County Durham, before component parts were transported to site by road over a period of months. The majority of the main girders are 40 metres long, two metres deep and weigh 50 tonnes.

The section of the bridge crossing the river has the longest span, so a complex series of girders has been installed to carry the weight of the greater load.

To enable the installation of the structure, including the most recent viaduct sections, a temporary platform was constructed under the length of the new bridge to provide a solid base for cranes and lorries.

However, to reduce time and site congestion, Cleveland Bridge utilised a 600-tonne crawler crane for the installation, which could lift all components for each section of the bridge from a single position at the side of the bridge. This meant fewer crane movements and no need to move the crane across the bridge footprint. 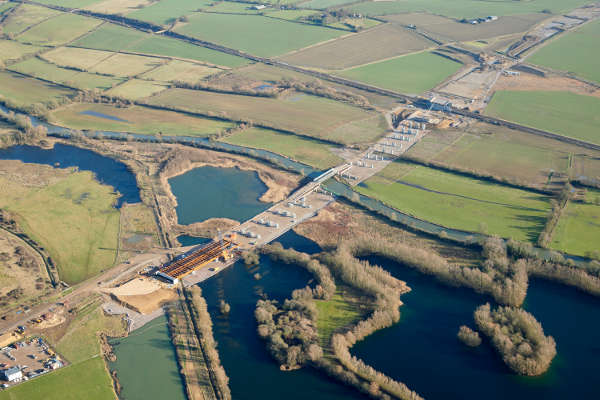 This image courtesy of Highways England