Senior politicians and transport experts have criticised the Government’s latest clean air strategy for what they saw as a failure to tackle emissions from transport.

Paula Hewitt, chair of ADEPT’s Environment Board, said: ‘We welcome the Government’s draft strategy and its commitment to new primary legislation, but there must be clear political leadership on the tricky issues, such as charging. 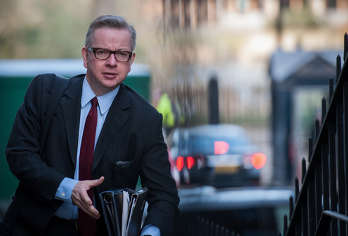 ‘Air quality is a national concern; the Government must play its part and provide proactive leadership, not just push responsibility to councils to design local solutions. Tackling air pollution requires a ‘joined up’ approach that crosses sectors, professions, and administrative boundaries.'

ADEPT said it considers that charging Clean Air Zones will have the greatest impact in reducing air pollution in the worst affected areas over the short to medium term.

Ms Hewitt added: ‘Charging drivers of polluting vehicles to drive into areas where air pollution is the biggest threat – including near many urban schools – is badly needed, but will require public understanding as air pollution is not just a technical issue.’

Dr Jon Lamonte, chief executive of Transport for Greater Manchester and Urban Transport Group lead board member for air quality, said: ‘The Government is right to place such a strong emphasis on reducing air pollution.

‘Yet its strategy lacks coherence and a truly joined-up approach on how national Government and city regions can work together to tackle transport’s role in what MPs have called a “national health emergency.

‘Improving poor air quality caused by transport requires a herculean effort, and cities must be given the adequate powers, support and, most crucially, the funding needed to deliver effective local air quality plans.’

Lilian Greenwood MP, chair of the Commons Transport Committee which was one of four committees that took part in a recent super-inquiry on the issue, said: ‘Our recent joint select committee report called for ambitious, co-ordinated, cross-departmental action yet the new draft strategy says virtually nothing about emissions from cars. It’s unclear to me why the strategy to reduce emissions from road transport is not included today and will be published separately. It doesn’t seem very joined-up.

‘Modal shift and active travel hardly get a mention. We need to have cleaner vehicles but we should also encourage different travel choices so we can reduce the total number of vehicles on our roads. Investment in low-emissions buses is welcome but is even better if accompanied by a package of measures that will help people to make the choice to use them rather than their cars. The lack of focus on transport emissions looks complacent.’

‘The Government has rejected a ban on petrol and diesel cars before 2040. It seems that today’s announcement lacks the ambition and innovation that is desperately needed to cut vehicle emissions and, more importantly, reduce our reliance on cars. I welcome the Government’s recognition that emissions from diesel trains need to be reduced; but this sits uncomfortably alongside the Government’s cancellation of rail electrification schemes.

‘From a transport point of view, I feel this strategy falls well short of what we recommended in our report.’

Neil Parish, chair of the Environment, Food and Rural Affairs Committee, said: ‘The strategy falls short of what is required. There is a clear need for improved collaboration across Government departments to tackle this national health crisis, but the new strategy offers few concrete proposals on how this will be achieved.

‘The lack of attention paid to improving public transport is particularly troubling, as it is crucial to reduce the need for private vehicles in urban air quality hotspots. I hope that the Government will listen to the consultation responses and publish a more ambitious set of measures as soon as possible.’