Birmingham City Council has awarded VolkerFitzpatrick a £59m contract for strengthening and refurbishment works to the A38(M) Tame Valley Viaduct, whose current theoretical load capacity has been rated as zero.

Works will start this month on the viaduct, which is 25 metres wide and carries seven lanes of traffic over 22 spans, currently estimated at around 80,000 vehicles a day.

The 620-metre-long composite viaduct, which was built in the early 1970s, forms the northern end of the A38(M) Aston Expressway near the M6 at ‘Spaghetti Junction’.

VolkerFitzpatrick described the works as vital to maintain the longevity, safety and functionality of the structure. According to a council report from July 2019: ’The current theoretical live (traffic) load capacity for the structure is rated as zero representing a significant risk to its continued operation and use.’

The viaduct’s superstructure will be strengthened via the addition of steel plates, secured in position using a combination of welding and bolting. In addition, anti-corrosion paint will be applied to the structure, alongside other refurbishment works to help preserve the viaduct’s longevity and reduce the need for future work.

Deon Scholtz, operations director for VolkerFitzpatrick’s Infrastructure division, said: ‘This is a vital part of Birmingham’s road network, and we look forward to working with the council to provide an integrated solution that achieves high levels of technical capability and service, leading to a safe, successful project completion.’

Liz Clements the council’s, cabinet member for transport said: ‘This is a significant investment into a key piece of our city's highways infrastructure. If we are to ensure people can move around the city as easy as possible and help business flourish, it is vital we carry out projects like this.’ 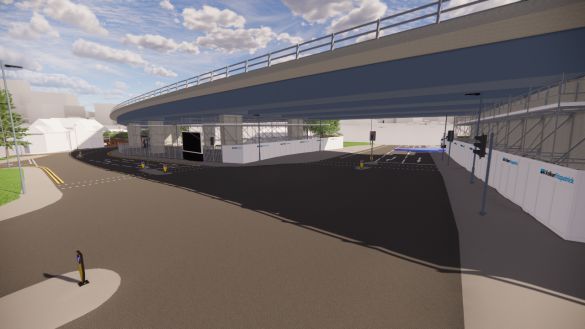 VolkerFitzpatrick said the viaduct will remain open during the four-and-a-half-year project.. To enable this, it will be using high-level access platforms spanning from pier to pier.

It added that as the structure spans significant infrastructure, including live electrified rail lines, the River Tame, main roads and local businesses, it will be taking steps to maximise safety on site, to engage with the local community and to minimise any environmental impact from the works.

Last year the Government agreed to release £72m of retained Local Growth Fund cash that was initially approved in 2014.