Allen in for Aiken at Balfour Beatty

International infrastructure group Balfour Beatty plc has announced that Lord Charles Allen CBE will be appointed as a non-executive director and as its next chairman.

Lord Allen (pictured) will join the board as a non-executive director following the group’s AGM on Thursday (13 May) and become chair from 20 July, succeeding Philip Aiken AM, who has been chair since 2015. 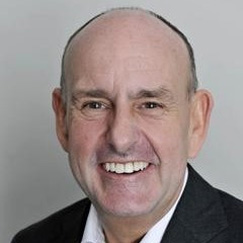 Balfour Beatty said Lord Allen has extensive corporate experience across a range of sectors, most notably in support services and media.

He sits in the House of Lords as a Labour life peer and currently holds positions as Advisory Chairman, Moelis & Company and chairman of Global Media and Entertainment.

Lord Allen said: ‘It is a good time to be joining Balfour Beatty; there are significant opportunities for the company to continue to develop in its chosen markets. I am looking forward to working with the board and the management team to continue to create and deliver value to all stakeholders.’

Mr Aiken said: ‘It has been a privilege to be part of Balfour Beatty over the last six years of significant progress. I wish all those who work with and for the group the very best for its continued success.’

The group issued a trading update ahead of the AGM covering the period since 1 January.

It said the board ‘continues to expect that the earnings-based businesses (Construction Services and Support Services) will deliver underlying profit from operations for 2021 in line with 2019 (£172 million)’.