Cambridgeshire County Council has agreed to a subsidiary of M Group taking over its highway maintenance contract following Skanska’s decision to sell its infrastructure services business.

The council’s contract with Skanska began in 2017 and was due to last 10 years, with the option of another five and an estimated value of up to £900m.

The contract encompasses highway maintenance, design, construction, transport planning and consultancy, along with other services including vehicle and grounds maintenance. 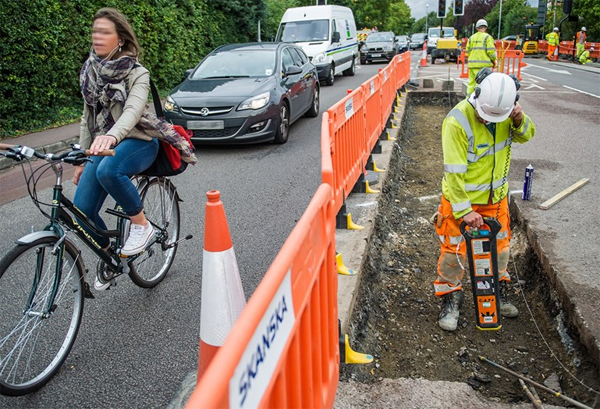 However, at the end of last year, it agreed to sell its highways maintenance business to Milestone Infrastructure Ltd, a company set up by M Group Services.

According to a Voluntary ex ante transparency notice published by the council: ‘The sale will proceed as an asset sale and will include plant and equipment required to operate the highways maintenance business of Skanska, the transfer of leases or rights to use properties and facilities currently used by the highways maintenance business, and the transfer of approximately 1,487 employees. It will also include the transfer of customer contracts, including this contract with the Council’

The contract between the council and Skanska permits novation by Skanska with the council’s consent, which has now been agreed by its Highways and Transport Committee.

A council spokesperson told Highways: ‘Skanska infrastructure services is being sold to M Group Services. Our contract with them to deliver our Cambridgeshire highways service will remain the same; there will be no change and we will continue to work with the same staff on the contract.’

Skanska also held a number of other term maintenance contracts with local authorities, including Hampshire CC, which has also agreed to the novation of its contract - estimated to be worth £185m up to April 2024 or £485m if extended until April 2029.